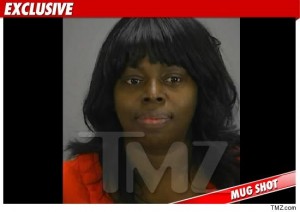 TMZ reported yesterday that R&B singer Angie Stone, 49, was arrested for speeding while driving with a suspended license. She was released on bail the same night she was arrested. Stone’s former beau and the father of her son singer D’Angelo recently plead guilty to disorderly conduct for soliciting a prostitute in March of last year. The case was recently resolved.