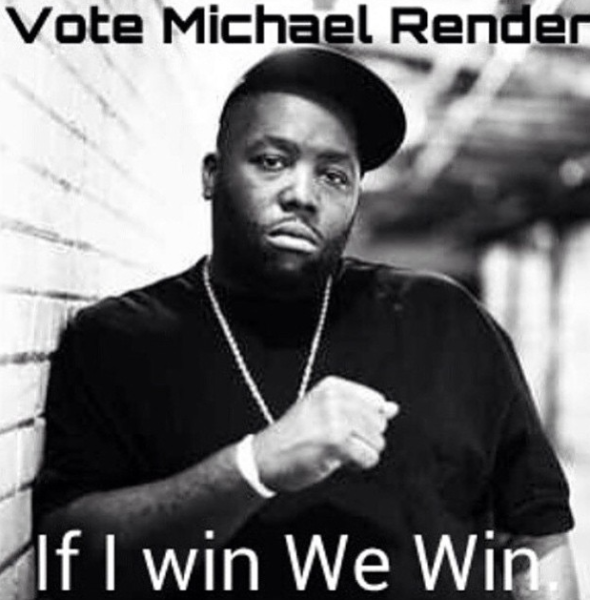 Killer Mike speaks the language of the young, old, disenfranchised, civilized, organized, abused, confused, misguided, educated, uneducated, and even the police.   In other words he truly speaks as a representative of the people.  As the son of a police officer, Killer Mike possesses a refreshing and unique perspective about the world because he is smart enough to know that it’s bigger than the streets of Atlanta, the United States, the globe, and beyond.
He is a social activist that puts his time, energy, and money behind his words and causes. If you haven’t heard about his Graffitis SWAG Barbershop in the ATL, you really should check it out. It’s more than just a shop, it’s a place where Killer Mike, his wife, and his employees provide world-class lifestyle enhancement while giving back to the community. For the record #ShaveWashAndGroom = #SWAG
On Monday, Killer Mike showed a little more than SWAG when he threw his name in the hat of candidates to run for a local election in Georgia.  He caused a bit of a frenzy when he made the announcement just one day before the election. Instead of releasing a secret album, which is now the new trend in music thanks to Beyonce, Killer Mike took his “secret” to the people going out to the polls.