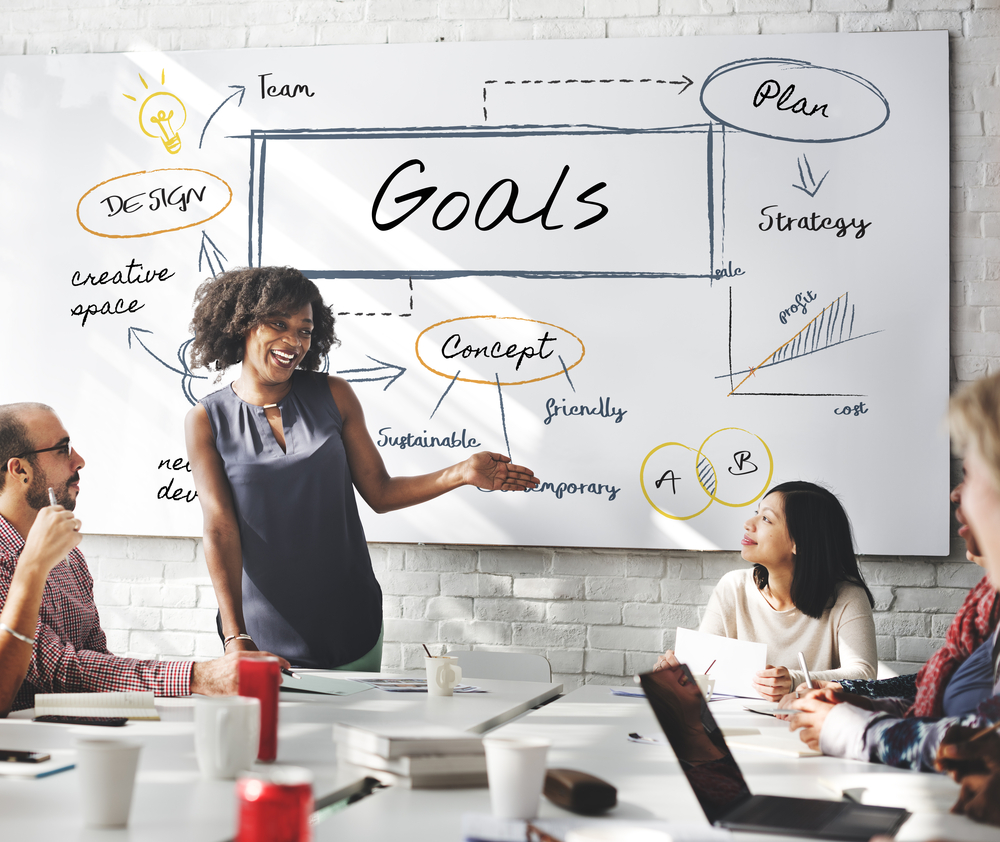 I honestly believe that if by revealing my positive and negative experiences over three decades of working in the industry, there is a good chance that I can save someone time and create value for their careers or decision making. Being incredibly blessed to have my first business succeed in the industry, I feel it is my job to give something back and to be honest about it.I’ve run Radio Facts for 24 years and recently wrote 7 things that I know for sure about the industry.

Then I realized there are many more things that I can share. This story is about the things that the industry has taught me about LIFE. If I was a statistician, I would honestly say I have had an amazing population and sample populations from that to work with and to have a greater understanding of not only the black business community but the entire industry as well. Enjoy and feel free to comment …

Evil Has a Payday 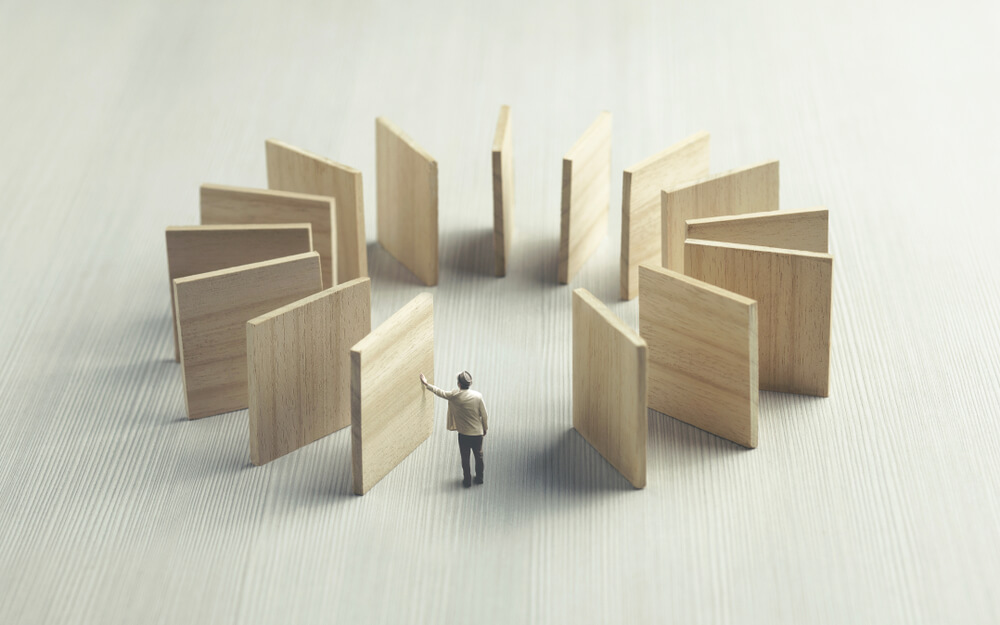 I have been incredibly blessed to have a majority of good experiences working in the industry over the years. At the same time, there have only been a couple of people who have done me dead wrong. At this juncture of my industry life, I have come to understand the importance of focusing on the positive instead of the negative.

Foolishly, I spent way too much time focused on those negative experiences and those people, who were not deserving of my time or efforts. I was not understanding that the Biblical saying is absolute “Vengence is mine sayeth the Lord.” In the end, by going after those people, I was attacking my own level of creativity and success bringing both to a halt. It is not our job to get even as much as it is to let some things go.

While it may seem incredibly unfair and unjust, I have learned It is not our job to get even but it is our job to keep moving in a positive direction. From this perspective, some of the meanest and most vile people in the industry, I can honestly tell you, PAY THE PRICE. I’ve witnessed it happening to them. You may not know it or see it but know that they do pay for their evil deeds 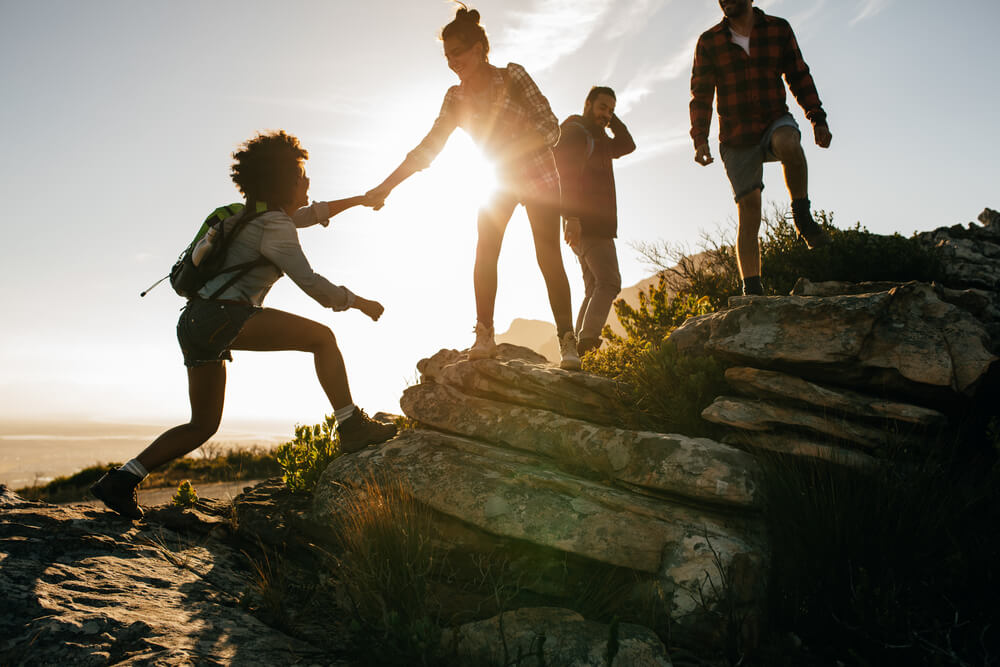 There are times that we get stuck and we like to blame the world and the circumstances for our inability to progress but the truth is, like the old adage the world doesn’t owe us a damn thing.

It’s our fault. We hold ourselves, prisoner, to bad situations and stay in them thinking that the situation will change to our benefit and that’s just bad math. Why would you wait for something that you CAN’T control instead of doing what you CAN control? It’s as simple as moving. If you gamble on someone else creating the life that you want and deserve you are playing a losing hand. Get your lazy ass up and get it yourself.

I took several jobs where I was promised greater pay after ‘proving myself.’ That’s why it’s rather ironic that radio is now on the opposite end of that spectrum with Millenials and Gen Z’ers who call the shots on THEM. Many people have a bad perception of Millenials because they don’t dedicate themselves to things that don’t work for them. Please help me to understand what’s wrong with that?

I had one Millenial working for me to who I gave an assignment who told me “I’m not interested in doing that!” I had to laugh because he reminded me of myself and the reason I started my own business. I could appreciate his honesty and hope that he can appreciate that I will not hire him for any more projects any time soon but I still respect him.

I’d rather have him tell me that than to do a bad job of putting the project together because he has a phone cell bill to pay. When a job is poorly done it is evident and there are a TON of people who only do the job for a check instead of a passion for the project. I would venture to say Millenials in their thinking are right and WE are wrong. Many of us allowed ourselves to stay in situations for years that we knew the first year wasn’t in our favor. Completely wasted time. 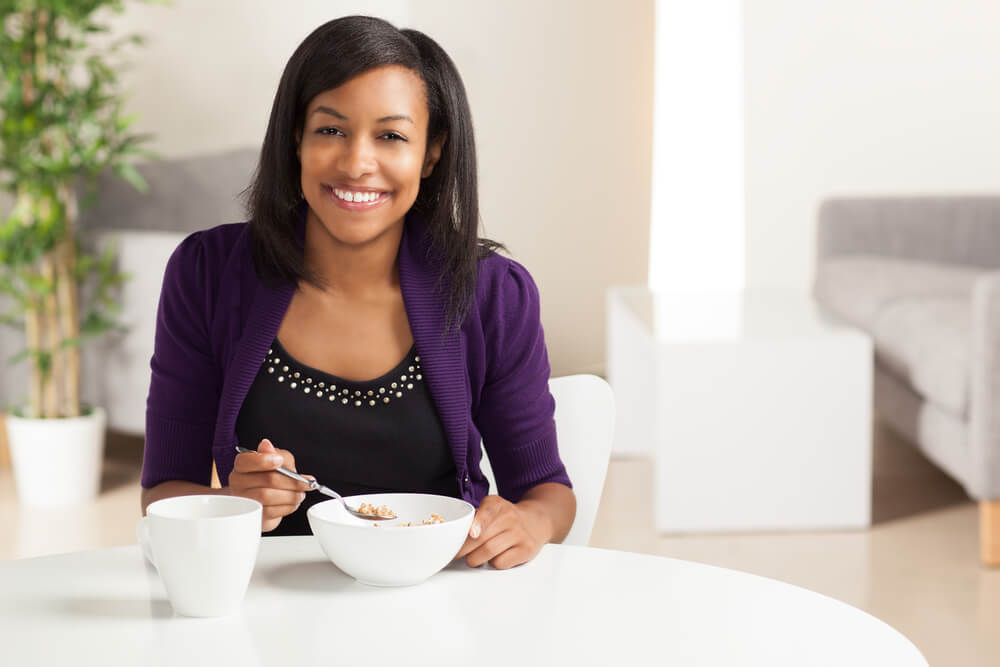 If you have a goal to eat breakfast, you are either going to make it yourself, ask someone to make it for you or go and eat someplace but you are going to accomplish that goal this morning. You’re not going to wait for someone to offer you breakfast or hope someone knocks on your door with breakfast.

Why? Because you are hungry and you’re going to feed that hunger without anyone’s permission. You have the permission that you need and you don’t have to ask anybody.

Your mother taught you to feed yourself and you are going to do it. This is a simple example that speaks volumes for the bigger picture. If you are hungry for something feed that hunger yourself or wait for someone else to feed it and there is a good chance you will starve. 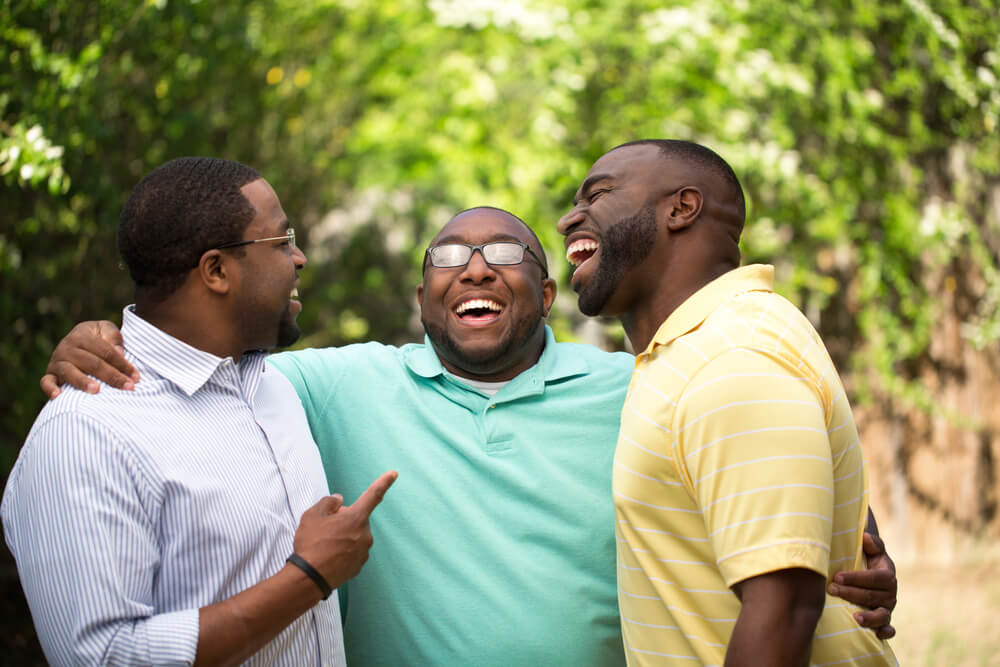 Go where you are loved and supported not used and neglected and a target for someone else’s misery. Unfortunately, it’s not always going to come from people who only look like you.

There are some great quality people out there from all walks of life who will support you in this business. There are also people who will ask you for hookups and, believe it or not, those who tell you that you don’t charge enough for your services. Which one you keep company with will determine how far you go in the industry.

They both may believe in you but only one of them is taking advantage of you. Know who that person is and deal with them accordingly … from a distance (lol). Catch the next flight as far away as possible from people who complain and refuse to change. It’s rarely the world, it’s almost always them.

You Can Lead a Horse to Water … 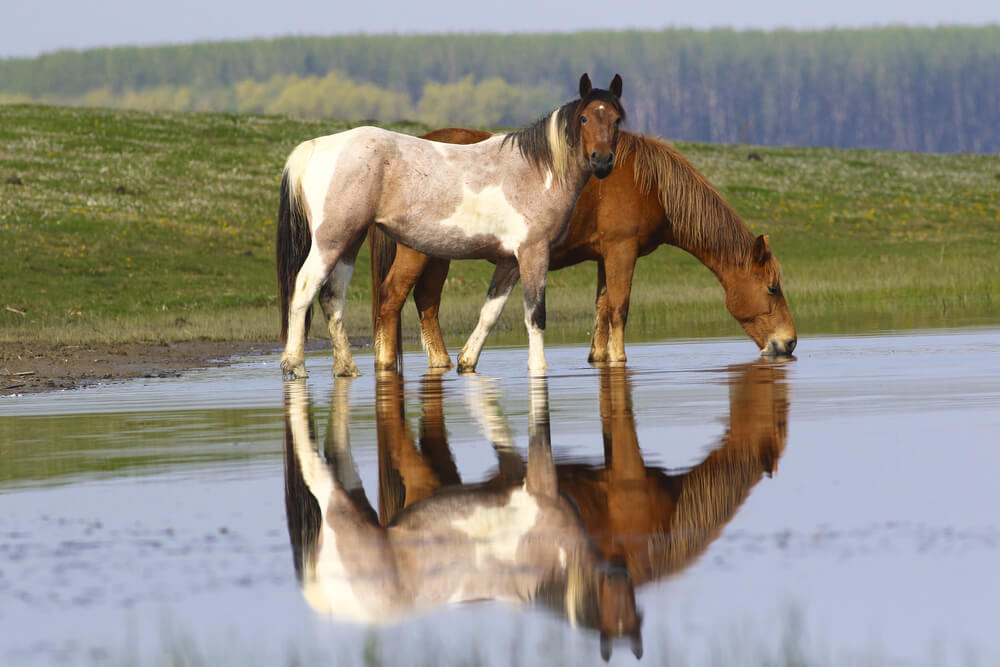 Your job is to make sure YOU’RE not thirsty.Over the years I have been adamant about helping people who look like me and unfortunately, there have been times I have been disappointed and have suffered the consequences.

Not always but more times than I care to remember. Production has been halted for important projects, I paid writers who copied stories from major industry sites to this platform, then I had to delete ALL their posts when I found out (sometimes up to 100 posts). There was no return on my investment of time and money.

This is something I told them not to do when they were hired but they did it anyway. I could have been sued. I have been the father, preacher, uncle, bank, counselor, chauffeur you name it to my own people and I understand our consistent need but by the same token, this is why many black businesses fail.

We often have a very poor perception of black-owned businesses and tend to reward the white-owned corporations as valid. Over the years, I have broken HUGE stories and like clockwork it never fails, when I look on social media, people who are on my mailing list and got the story from me first will always post a link to the white publications on their social media pages (lol) I never say anything because I understand the structured subliminal programming. 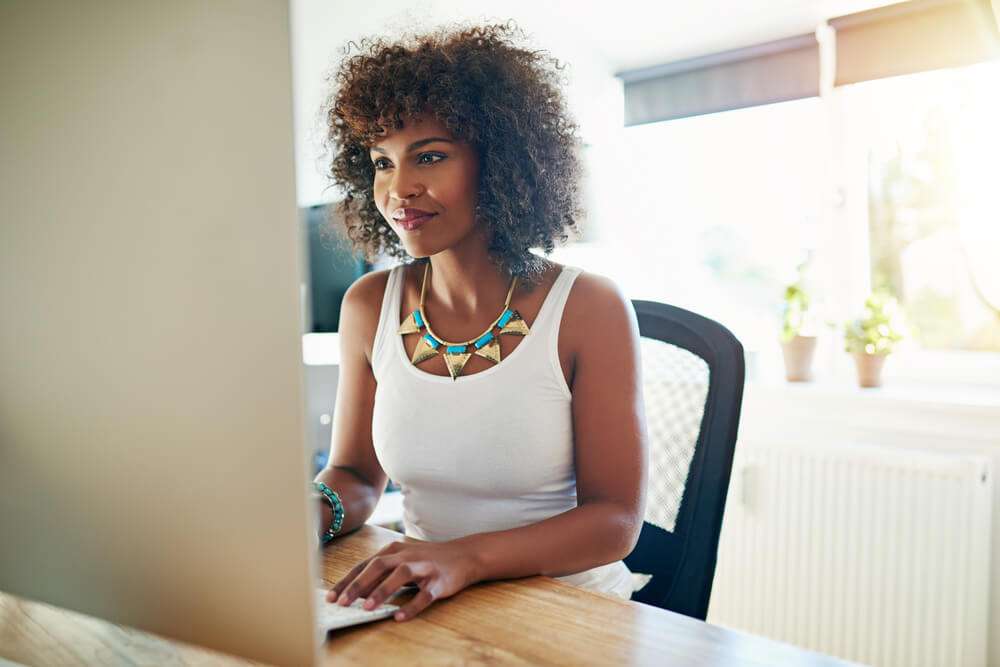 This is THE most important lesson of all. We don’t always come from the best childhoods and circumstances and we have a lot to contend with coming up in the industry.

Racism is inevitable but the pain is daunting when rejection comes from your own people. When I was younger I never understood jealousy because I was never jealous of anyone.

Your Greatest Asset is Not Money … 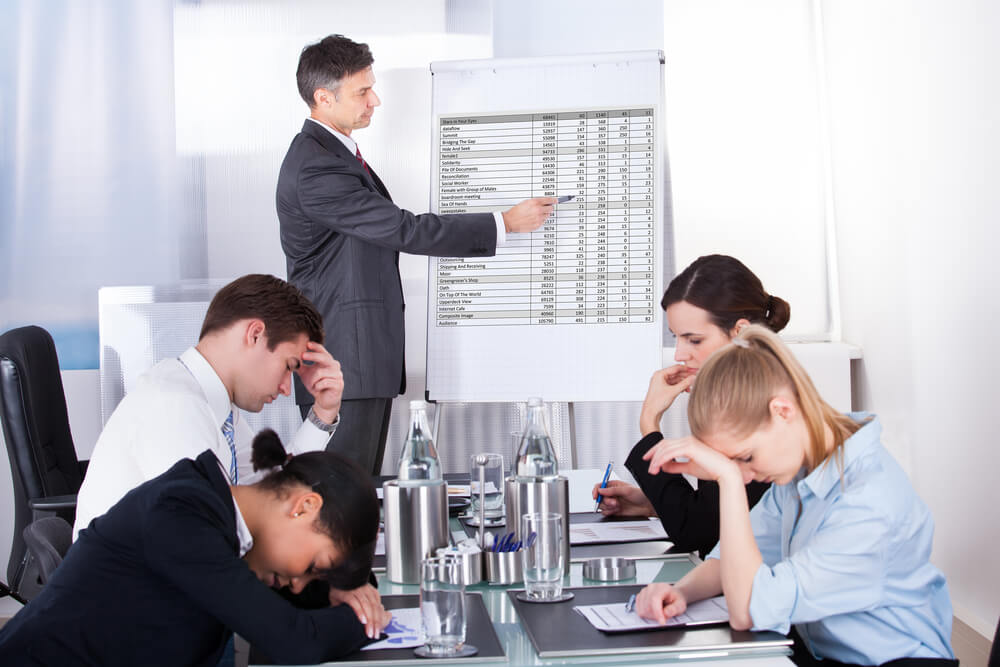 Your most important asset is not money it’s TIME. Spend it LIKE money, wisely. Invest it properly and know that with time there are rarely do-overs. The people who try to recreate what once was inevitably almost always come up short.

Hollywood had more flops trying to recreate TV Shows and Movies from the past because it lacks creative FRESH and VARIED perspectives. Know what works and what doesn’t work and always invest your time in the best way possible. It is the only thing you can never get back.