Radio and Music Industry News Radio Facts - May 4, 2020 0
93.3 FLZ, Ta Bay’s #1 Hit Music Channel, welcomes “THEjoeSHOW” to the morning program lineup, effective June 1. The show, which originated in Detroit, will make the move to Ta Bay and will broadcast weekdays from 6 a.m. to 10 a.m.“THEjoeSHOW,” hosted by three life-long friends, Joe Carballo, Ashley Nics and Producer Jed Shilling is an imperfect show for an imperfect generation. 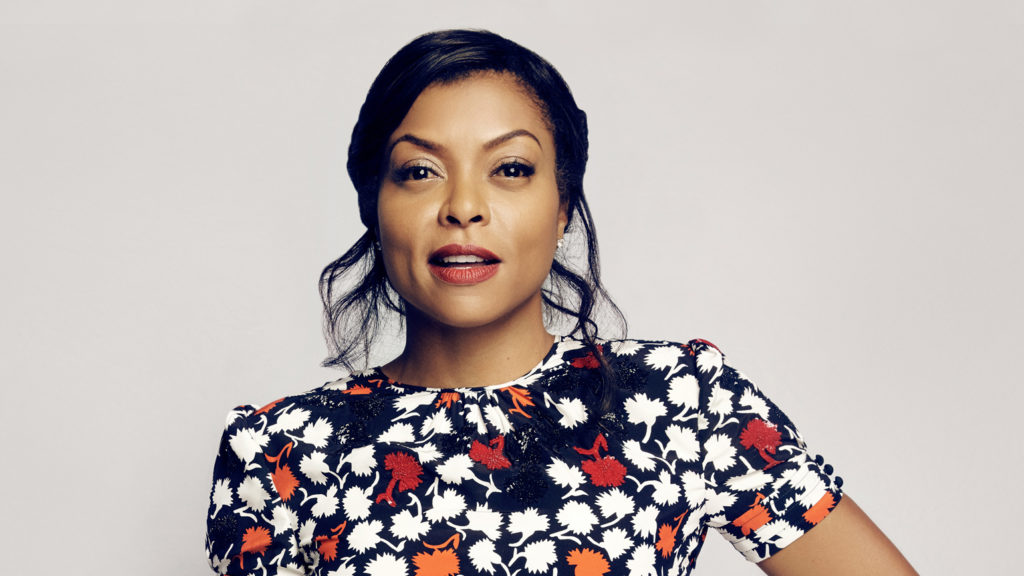 BET Networks announces Taraji P. Henson as the host of the  “BLACK GIRLS ROCK!™” 2017 Awards, which will tape on Saturday, August 5, 2017 at the New Jersey Performing Arts Center’s Prudential Hall in Newark, NJ and premiere on Sunday, August 20, 2017 at 8:00 P.M./ET on BET.  Created by celebrity DJ and women’s empowerment advocate Beverly Bond, the  “BLACK GIRLS ROCK!™”2017 Awards honors the groundbreaking achievements of Black women who have fearlessly broken barriers in the areas of art, business, entertainment and community service.

“I’m honored to host the ‘BLACK GIRLS ROCK!™’ Awards.  I love the message and I love Beverly Bond and her vision. I was lucky to be honored in 2011. It is truly a highlight of my life.  Now I’m back to be part of this amazing night to honor the strong and powerful Yara, Issa Rae, Roberta, Suzanne, Derrica and Natalie. Let’s make history together as we come together as women of brains, beauty and in support of each other,” said Henson.

Taraji P. Henson starred in the Academy Award nominated FOX Feature Hidden Figures based on the life of Katherine Johnson at NASA. The cast received Best Ensemble at the 2017 Screen Actors Guild Awards. Taraji received the 2016 Golden Globe for Best Actress in Drama Series, Critic’s Choice Award and two Emmy nominations for her star turn as Cookie Lyon in the groundbreaking and award winning hit series Empire. Taraji released her NY Times Best Seller Around The Way Girl published by Simon and Schuster October 2016. She stars in the three features Acrimony/Lionsgate, Proud Mary/Sony and the independent film Best of Enemies set for release in 2018. Taraji has received seven NAACP Image Awards for Outstanding Actress and Entertainer of the Year. She also received five BET Awards for her work in film and television.

June Marks The Highest Monthly Total of Visitors for BET 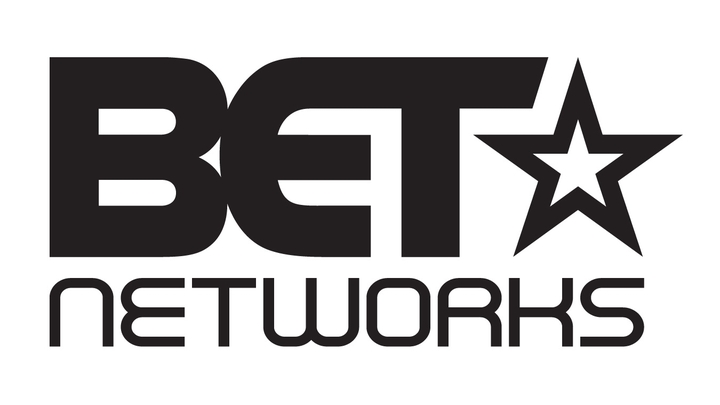 BET.com’s digital metrics continue to surge for the month of June 2017.  BET.com had 19.1 Million unique visitors for the month of June, which marks the highest monthly total for BET.com ever. BET.com experienced a +28% year over year increase in unique visitors for June (19.1M vs 16.4M) [Source: comScore Multi-Platform (Desktop & Mobile) June 2017]. Additionally bet Digital’s metrics skyrocketed across its sites and apps with engaging must-see content of the LIVE June premiere of the "bet AWARDS". Video views grew an impressive +202% on BET.com and +145% across BET’s TV-Everywhere and Connected Device Apps (vs. day of awards prior year). [Source: Adobe Analytics].

“Each year bet Digital works hard to magnify the buzz and footprint surrounding our original digital content, TV Everywhere digital suites, live events, linear series and specials to give our multiplatform users and audience a premium digital experience.” said Kay Madati, Executive Vice President and Chief Digital Officer at bet Networks. “As a leader in the digital space, we are proud to reach this new metric benchmark and will continue to work hard to keep bet Digital as the prime destination for audiences to get a first-hand look at the content they love, in new, innovative, and seamless ways.”

The LIVE premiere of the 2017 "bet AWARDS" on Sunday, June 25, is now the #1 Cable Awards Show among P18-49 for the 2017 broadcast season, claiming the #1 spot for the third consecutive year. Additionally, the 2017 "bet AWARDS" continued its reign as television’s #1 Cable Awards Show among African Americans 18-49 - retaining the title for 16 consecutive years (‘02-’17 on bet alone). The best-in-class show ranked as the #1 TV Show on its Premiere Night among P18-49, as well as the #1 Ad-Supported Cable Show on Premiere Day (10 Years Straight among P18-49). Filled with buzzworthy moments, the 2017 "BET AWARDS" dominated social media as the #1 Most Social Program of the entire week, with a total of 10.5MM Total Interactions across Facebook and Twitter [Source: Nielsen Social Content Ratings, Weekly Report (6/19-6/25/17) Linear Episodes ranked on Total Interactions]. BET's first global live stream on Twitter, BET Awards Backstage: Access Granted, hosted by comedians, Chris Spencer (“Real Husbands of Hollywood”) and Zainab Johnson (“Def Comedy Jam”), garnered 1.6MM unique viewers during the live airing. The BET Experience App saw significant growth in engagement and users versus last year as well (May 1 – day of awards, same time period for last year) with 27% more downloads, 105% more sessions and an average session time of 7 minutes. [Source: Adobe Analytics].

The old and New Edition cast comes together to perform

Radio and Music Industry News Radio Facts - November 28, 2016 0
Broadcast Music, Inc.(BMI) will honor gospel music superstars Kim Burrell and Marvin Sapp at the 18th annual BMI Trailblazers of Gospel Music Honors at the Rialto Center HE 2017 BMI TRAILBLAZERS OF GOSPEL MUSIC HONORS CELEBRATES GOSPEL GREATS for the Arts in Atlanta, GA on January 14, 2017.This inspirational event will pay tribute to the very best of the

T.I. Has a Little Advice for Troy Ave and America 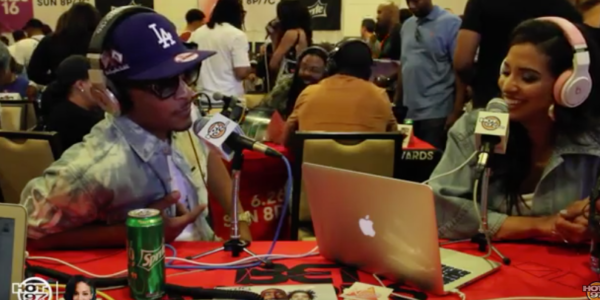 T.I. stopped to talk to Nessa and HOT 97 at the 2016 BET Awards Radio Room. The KING gave some advice to Troy Ave while touching on his daughter's airport gun charge. T.I. also dropped a few jewels about not voting for Donald Trump https://youtu.be/pia7z46QmVE

Radio Facts in the Radio Room at BET Awards 16

Radio and Music Industry News Radio Facts - June 29, 2016 0
Radio Facts was up close and personal with urban and rhythmic radio stations nationwide at the recent BET Awards in the Radio Room here are a few of the pics we took... 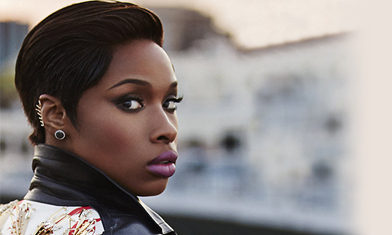 Jennifer Hudson @epicrecords #epicrecords @jenniferhudson @iamjhud has been signed to an exclusive contract with Epic Records, it was announced today by Epic Chairman and CEO LA Reid, following up Ms. Hudson's historic showstopping tribute performance of Prince's "Purple Rain" at the 16th annual BET Awards. Collaborating as executive producers on Ms. Hudson's upcoming epic records debut will be LA Reid and Clive Davis, Chief Creative Officer, Sony Music Entertainment.  This will mark the first time that LA Reid and Clive Davis have collaborated in nearly a quarter-century, since they worked together on Whitney Houston's all-time best-selling The Bodyguard soundtrack album of 1992.  At that time, Mr. Davis was President of Arista Records, and Mr. Reid headed LaFace Records and was a go-to producer with partner Kenny 'Babyface' Edmonds. "Jennifer Hudson is the defining voice of this generation," said Mr. Reid.  "Her award-winning presence on records, in film, and on stage establishes her as one of the premiere artists to emerge in this century.  I'm enjoying collaborating with my friend and mentor Clive Davis on Jennifer's first Epic album and excited for her fans to hear what we're up to...all will be revealed soon!" "I signed Jennifer in 2007 believing her to be the strongest candidate as the next generation's Aretha Franklinand Whitney Houston," said Mr. Davis. "She has become that, as LA and I excitingly reunite to capture Jennifer at her all time best." "I couldn't be more excited to embark on this new chapter with two of the most prolific musical legends of this generation," said Ms. Hudson. "There is no doubt that this is just the beginning of a very special collaboration and I know that the result will be something unforgettable. I am looking forward to the creative process and sharing new music very soon!" Multi-platinum global superstar Jennifer Hudson, whose tribute at the 54th annual Grammy Awards® in 2012 toWhitney Houston (the day after her death) was an iconic, heartbreaking, musical event, gave the BET Awards ceremony its climactic moment with "Purple Rain," singing in front of an orchestra led by Stevie Wonder on keyboards and Tori Kelly.  Adding to the occasion, Ms. Hudson was wearing the same memorable white hooded tunic that Prince wore the last time he was at the awards spectacular.  See the performance HERE:https://www.bet.com/video/betawards/2016/performances/stevie-wonder-tori-kelly-jennifer-hudson-prince-tribute.html.

Jesse Williams Powerful BET Awards 2016 Speech, Do We Get it? (vid)

Radio and Music Industry News Radio Facts - June 24, 2016 0
Radio Facts: Last night Mike Epps and Katt Williams brought the laughs to the BET Experience at L.A. Live presented by Coca-Cola® at STAPLES Center in Los Angeles, California. Epps and Williams are part of the star-studded lineup headlining the exciting four-day event, which showcases the best in music, comedy, and entertainment.
1234Page 1 of 4

11 Ways to Grow your Radio, Media or Industry Career in 2012