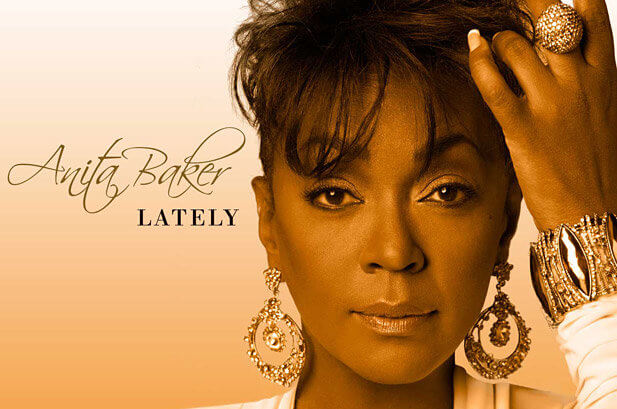 ANITA BAKER TO BE HONORED WITH PRESTIGIOUS LIFETIME ACHIEVEMENT AWARDBET Networks announced R&B music legend, and Grammy-winning singer-songwriter, Anita Baker will be honored with the prestigious Lifetime Achievement Award at the “BET Awards” 2018. In addition, for the first time, BET has selected six individuals – James Shaw Jr., Naomi Wadler, Mamoudou Gassama, Justin Blackman, Shaun King and Anthony Borges – to be honored as Humanitarian Heroes. The  “BET Awards” 2018 will air LIVE on Sunday, June 24 at 8 pm ET from the Microsoft Theater in Los Angeles, CA on BET.Anita Baker is undeniably one of the greatest living legends in the music industry and BET will honor her accordingly at the June 24th ceremony. With a career that spanned nearly four decades, she made an everlasting impression on the sound of Soul and R&B music that has inspired generations to come. Ms. Baker is regarded as a trailblazer, opening doors for many females in the industry. Known for ballads such as, “Body & Soul,” “Just Because,” and “Giving You The Best That I Got,” Baker has won eight Grammy Awards and has seven platinum albums. Earlier this year the venerable Ms. Baker announced her retirement and is currently embarking on her farewell concert series.BET is taking an exciting new direction when it comes to honoring humanitarians.  This year, the Network will recognize six individuals who have done extraordinary things in some of the most disheartening of situations. The intention is to remind everyone that you don’t have to be a celebrity to give back and support others in need; we all have the opportunity to make a difference for the betterment of humankind. The Humanitarian Heroes include, James Shaw Jr. (disarmed Waffle House shooter), Naomi Wadler (11yr old speaker at March For Our Lives), Mamoudou Gassama (Climbed outside of building to save dangling 4-year-old), Justin Blackman (only student to walk out of his High School on National Student Walk-Out Day), Shaun King (journalist who has been instrumental in covering untold stories in the black community), Anthony Borges (Parkland Victim/Hero who threw himself in line of fire – shot 5 times). The bravery and strength of the highlighted 2018 honorees is truly exceptional.As previously announced, award-winning actor and musical artist, Jamie Foxx will host this year’s awards. DJ Khaled dominates this year’s nominations with a total of 6 including ‘Video of the Year,’ two for ‘Best Collaboration,’ with Rihanna and Bryson Tiller for ‘Wild Thoughts,’ and with Jay-Z, Future and Beyoncé for ‘Top Off,’ ‘Album of the Year,’ and ‘Coca-Cola Viewer’s Choice.’ Kendrick Lamar follows with five nods including ‘Best Collaboration,’ with Rihanna for ‘Loyalty.,’ ‘Video of the Year,’ ‘Album of the Year,’ and ‘Coca-Cola Viewers’ Choice.’ Other leading nominees include Migos, nominated for four awards including ‘Best Group,’ and ‘Album of the Year,” and SZA, also nominated for four awards, including ‘Best Female R&B/Pop Artist’ and ‘Best New Artist.’The “BET Awards” 2018 will premiere around the world on BET’s international networks. It will air in the UK on June 26th at 9:00PM BST, in Africa on June 26th at 8:00PM CAT, in France on June 26th at 9:00PM CEST and in South Korea on June 26th at 9:00PM KST. Internationally, fans in 100 countries can also stream the “BET Awards” 2018 live with BET Play, BET International’s subscription video on demand application. The iOS and Android app, which also features current and classic BET television series, documentaries, stand-up comedy and legendary musical performances, will carry a live feed of the red carpet and the Awards, and is available for download now in the iTunes and Google Play stores for $3.99 a month following a seven-day free trial.Connie Orlando, Executive Vice-President, Head of Programming at BET will serve as Executive Producer for the “BET Awards” 2018 along with Jesse Collins, CEO of Jesse Collins Entertainment.

Passing of Mary Wilson, Founding Member of The Supremes