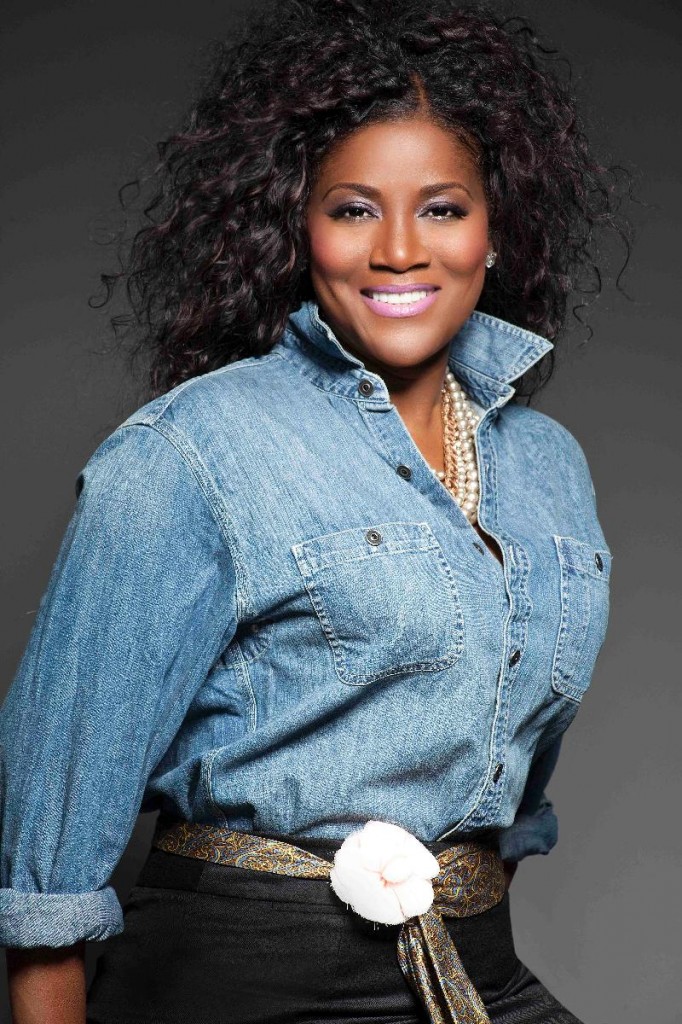 When I look at this picture of Juanita Bynum or I hear her sing, it doesn’t seem like the same woman who is a prophetess. I seriously like her more as a singer and a blind man can see how fine she is but her ex husband presented a pretty tainted picture of her. I won’t go into detail because I’m not into the whole religious thing and I don’t want to get into the hypocrisy of certain things but I wish them both success in rebuilding their careers.Any any rate, the divorce situation was devastating to her career… I think this is a great move, she’s a very good singer and this is a great way for her to ease back into the spotlight.   KJuanita Bynum Releases a New EP on New Label, Music World Gospel/Son Flower Records, a Division of Music World Entertainment, Scheduled for release June 22 Bynum Set to Appear at ESSENCE Music FestivalMusic World Gospel/Son Flower Records, a division of Music World Entertainment is set to release a new EP, “The Diary of Juanita Bynum: Soul Cry (Oh, Oh, Oh),” from world-renowned gospel recording artist Juanita Bynum on June 22. The music trilogy is the first of a three-tier project that will culminate in the release of her highly-anticipated CD/DVD, THE DIARY OF JUANITA BYNUM II, scheduled for release in January 2011.”The song ‘Soul Cry’ was not a song that was written with pad and pen,” said Bynum. “The night it came out of me, it poured from my soul during one of the worst seasons of my life. Being overwhelmed beyond tears, I laid my face on the counter and began to sing. Every word, every line flowed uninterrupted as to assure me it was an expression from the souls of many around the world. This song voices the true sentiments of those who can relate to a soul’s cry-a pain that no human hand s can heal and a cry that is rooted from a hurt unimaginable to the human life. The only sound I could get out of my mouth in that season was ‘Oh, Oh, Oh, hear my cry Oh Lord!'”The lyrics to “Soul Cry” are written by Bynum, with music by Bynum and Cory “C. James” Washington.   The EP is produced by Washington, a new producer signed to Music World Entertainment. The CD is executive produced by Mathew Knowles. “The Diary of Juanita Bynum: Soul Cry (Oh, Oh, Oh),” will include the song’s main version, an instrumental, an instrumental with recitation and an extended version. Initially, the EP will be sold at Wal-mart for one month, Christian retail outlets and J&R Music World in New York City, followed by a wide release at major retail stores across the country. The EP will also be available at all digital outlets.Bynum is set to appear at the ESSENCE Music Festival on Friday, July 2 and is scheduled to perform on Sunday, July 4 at the Ernest N. Morial Convention Center in New Orleans.   Bynum will also appear at the Wal-mart booth on Friday, July 2, where she will be on hand to sign autograph copies of her new project. And on Saturday, July 3, she will be at the Music World/House of DerÃ©on booth for a CD signing/meet and greet.For more information on Juanita Bynum, please visit www.juanitabynum.com