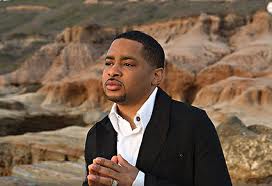 Three generations of gospel music’s finest are teaming with McDonald’s to give back to communities nationwide through the McDonald’s Inspiration Celebration Gospel Tour. Headlined by Grammy-winning gospel sensation Smokie Norful, the concert series offers an assortment of soulful sounds through contemporary gospel with Tamela Mann, hip-hop with Lecrae and traditional/contemporary gospel with John P. Kee and Vickie Winans. McDonald’s Inspiration Celebration Gospel Tour kicks off May 9 and runs through August 30. “I’m elated to again headline the McDonald’s Inspiration Celebration Gospel Tour,” said Norful. “From sharing some of my new music to introducing my son Ashton’s career on the tour, this is a phenomenal season in life. And, I’m excited to share it with fans across the nation, all in an effort to give back.” Now in its seventh year, McDonald’s Inspiration Celebration Gospel Tour emphasizes the importance of giving back. As a part of each show, concertgoers will learn more about Ronald McDonald House Charities ® (RMHC ®) and the important role it plays in helping families and children worldwide. Attendees will also have an opportunity to participate in a love offering to support families served by the Charity, including those in their community. “Giving back to those around us is crucial, especially with the recent tough times our families and communities have faced,” said Winans, who will also host each concert. “Now more than ever, our communities need to know we are there for them, and that’s something the McDonald’s Inspiration Celebration Gospel Tour has set out to do. I’m honored to take part in the cause, and I look forward to bringing joy and laughter to everyone who attends the concerts.” “I’m humbled to share the stage with legendary gospel artists,” said Lecrae, who won the 2013 Grammy for Best Gospel Album. “It’s amazing to see a classic brand like McDonald’s stand behind a message that’s needed in communities everywhere. Gospel fans are in for an experience I believe they’ll talk about long after the tour.” The multi-city tour will make stops in nine markets, including: Atlanta, Birmingham, Chicago, Dallas, Detroit, Louisville, Newark, Philadelphia and Washington, D.C. Concerts are free, with the exception of the May 11 show in Newark, which is part of McDonald’s Gospelfest. “For generations, McDonald’s has continued its efforts to be deeply rooted “” and invested “” in the areas we serve, both in restaurants and in the community,” said Rob Jackson, McDonald’s U.S. marketing director. “McDonald’s is committed to giving back and we’re honored to bring messages of joy and hope to thousands of our neighbors.” Tour dates and locations include: May 9 ““ Washington, D.C., Ebenezer AME Church May 10 ““ Philadelphia, Sharon Baptist Church May 11 ““ Newark, McDonald’s Gospelfest – Prudential Center June 6 ““ Birmingham, Bill Harris Arena June 7 ““ Atlanta, Greater Travelers Rest Baptist Church June 21 ““ Detroit, Second Ebenezer Baptist Church June 22 ““ Chicago, Chicago Gospel Music Festival July 3 ““ Louisville, Full Gospel Baptist Conference August 30 ““ Dallas, MegaFest