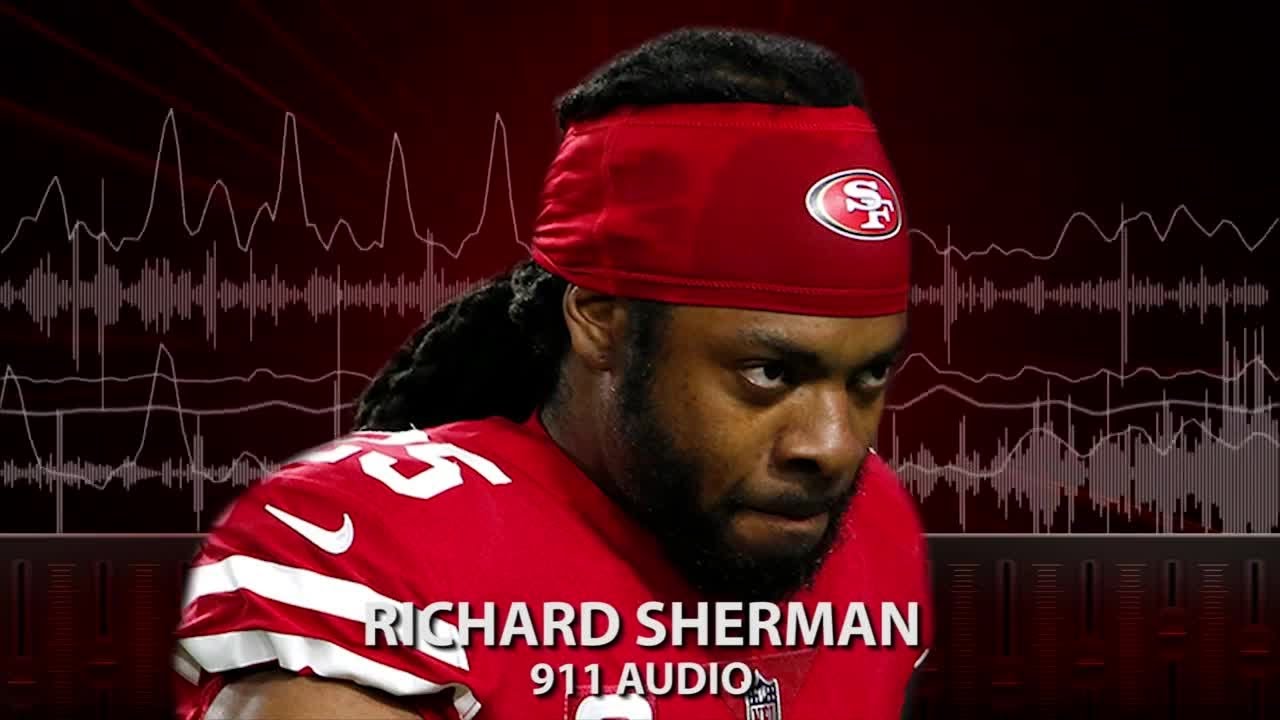 Richard Sherman has always been considered a brilliant person as well as an excellent football player. As a former member of the “Legion of Boom” in Seattle, Sherman built a reputation as one of the premier cornerbacks in the NFL. After his stint with the San Francisco 49ers, Sherman now finds himself as a free agent.

The stress of not knowing your next step in an already lucrative career can be stressful but we don’t know if that has anything to do with this recent episode by Richard Sherman. While we don’t want to speculate on such a serious situation, we don’t know what drove Richard Sherman to become out of sorts according to this wife’s 911 call. It could have just been an alcohol-induced outburst, a personal crisis, or possibly even signs of CTE. There are no reports confirming that at all, however, we all know CTE is a legitimate concern for many former and current NFL players. Some signs and symptoms of CTE are thought to include difficulties with thinking (cognition) and emotions, physical problems, and other behaviors.

According to medical researchers, Aaron Hernandez suffered the most severe case of chronic traumatic encephalopathy ever discovered in a person his age, damage that would have significantly affected his decision-making, judgment, and cognition. Former Bears QB, Jim McMahon fights a daily battle with it and Jay Cutler recently stated he is afraid that he took too many blows to the head.

We don’t wish CTE on anyone but this incident is so out of character for the gentleman scholar we know as Richard Sherman. However, we are all human and have moments when we don’t live up to our most brilliant version of ourselves. Richard’s wife said he was intoxicated and threatening to kill himself. She also said he was attempting to fight someone. In this disturbing 911 call below, Ashley Sherman obviously was seeking help but wanted to ensure that her husband lived through this ordeal as a Black man in America. She was fearful that police would respond by shooting first and asking questions later due to Sherman’s state of mind at the moment.

Sherman was arrested on Wednesday morning and is as facing several charges, including one on suspicion of burglary domestic violence, after he was arrested at his wife’s parent’s residence in Redmond, Washington. His wife has released a statement saying that no one was actually harmed. They just want Richard out of jail and she reiterated that he is a good person. The domestic violence portion of the charges was only due to damage he caused to the door of the residence when allegedly trying to. break-in.

Whatever triggered Richard Sherman, we don’t know what it was, but we wish him and his family well.

Listen to the call below.