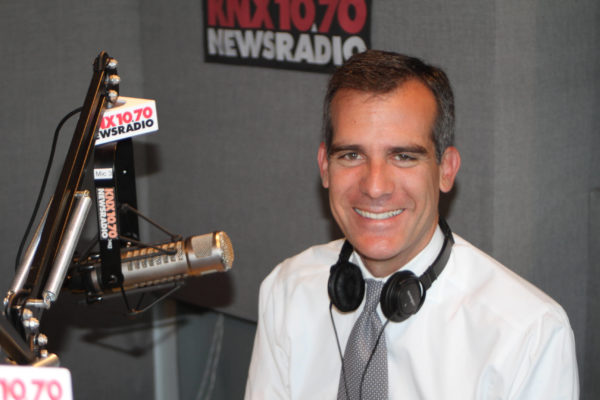 KNX “Ask the Mayor” Live on KNX 1070 NEWSRADIO and cbsLA.com
Thursday, April 9, 10:00am – 11:00am
About: Live listener call-in program airing monthly with Los Angeles Mayor Eric Garcetti, hosted by KNX anchor Tom Haule and chief investigative reporter Charles Feldman. Listeners can ask Mayor Garcetti questions by calling 1-866-569-1070 or through Twitter using #knxmayor.
For the first time, portions of this program will be video streamed live on the Periscope app.
Topics to include: Next steps for the city of Los Angeles in the wake of historic statewide water restrictions, diversity in hiring at the L.A. Fire Department and the latest in the effort to bring an NFL team to the city.