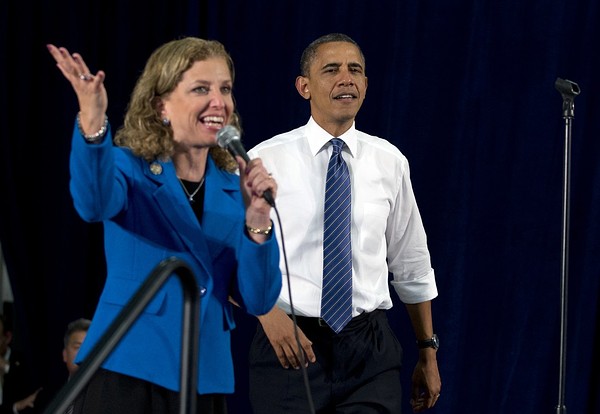 “With tonight’s speech, President Obama has put forth a Democratic vision for a United States that is defined by opportunity, action and optimism. President Obama made clear that he hopes to work with Congress to get things done in a bipartisan way, but will also use other tools and partners to ensure action and the meaningful changes that will help more Americans gain access to the middle class.

“The executive order the President announced to raise the minimum wage for new federal contracts is just one example. But we need to do more – Congress should act to raise the minimum wage and help lift nearly 5 million Americans out of poverty. They should extend unemployment benefits for more than a million Americans who lost their lifeline after the GOP let them expire. And it’s time to pass comprehensive immigration reform, including a path to citizenship for millions of immigrants who have been stuck in a broken system.

“Tonight the President reaffirmed his belief that if you work hard and play by the rules, you should have the opportunity to succeed. That’s a belief that Democrats and the vast majority of Americans stand by and it’s time for Republicans in Congress to end the gridlock and join with the President to get the economy working to help more Americans reach the middle class.”