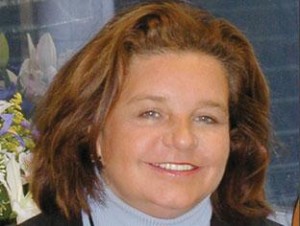 SHEILA KIRBY JOINS CBS RADIO AS SENIOR VICE PRESIDENT, SALES TRAINING DEVELOPMENTCBS RADIO today announced the hiring of Sheila Kirby for the newly created position of Senior Vice President, Sales Training and Development. In this new role, Kirby will play a key role in reinforcing the core sales foundation of CBS RADIO, creating the highest level of solution-centric sellers and managers across the company.The appointment is effective on Monday, December 5. Kirby will be based in Chicago .”Sheila and I have worked together for close to 20 years, and there is no one I respect more when it comes to motivating a team to perform at their absolute best,” said Michael Weiss, President, Sales, CBS RADIO. “Working closely with Sheila, our salesforce will have a clear advantage in the marketplace and advertisers will benefit greatly working with such a sophisticated group of salespeople dedicated to constructing integrated programs that guarantee results.”Kirby's tenure in the sales industry is distinctive and expansive. She has served as the foremost leader in education for thousands of radio, television, digital and print salespeople across the country. For the past year, Kirby has been the Senior Vice President, Professional Development for the Radio Advertising Bureau (RAB) with a focus on evolving the industry's digital sales and marketing efforts.Prior to the RAB, Kirby was Senior Vice President, Development for Tribune Sales Solutions overseeing training and development for the company's publishing and interactive divisions. Before that, she was President, Strategic Sales Development for Interep.Kirby also was CEO and Owner of Morrison and Abraham, a leading sales consulting firm that specializes in developing new revenue streams for radio, television and newspapers worldwide that helped its clients develop significant incremental revenue from a variety of Fortune 1000 companies.Radio Ink has recognized Kirby as one of the Most Influential Women in Radio for the last 14 years, and the Alliance for Women in Media has also honored her among its Top 20 Women in Sales and Marketing. She has served on the Board of Directors for the RAB and is a member of the Executive Committee for Mentoring and Inspiring Women in Radio (MIW).