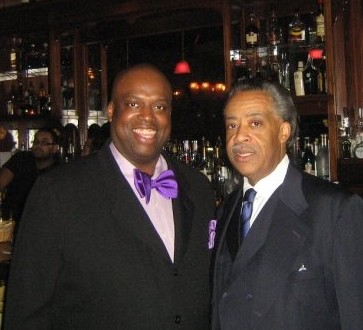 An Open Letter to Reverend Al SharptonDear Reverend Sharpton,I remember you preaching a sermon many years ago entitled, “I’m Still Here.” Well guess what Rev. Sharpton, I’m still here. And from time to time we all need someone to sometimes give us a smack upside our heads to bring us back on track when we veer off track… Hopefully it is I who may be able to get you back on the right tracks of Social Justice.I recently read that you had penned a book deal with Cash Money, the very company that touts Lil Wayne as one its most recognized artists. Though I wish I could say that I was surprised by this move, I am not. As one who has spent years publicly crusading against the harmful effect of misogynistic lyrics on our young people, it’s clear that your decision to cut a lucrative financial deal with those who propagate such destructive images in our community, is the latest example of your failed leadership.Dr. Martin Luther King, who you claim to emulate, is doing somersaults in his grave. As you know, I was drawn to your social justice work when I came to work for you in 1990. Fresh out of the US Marines, I temporarily put my culinary ambitions on hold to serve as your personal driver and then later, chief of staff.Though you give me no credit, and have attempted to rewrite me out of the history books, it was I who was a founding member of National Action Network and I who even helped to name the social justice organization. Like the dozens of people who worked for you, I believed back then, in your mission and your calling.Sadly, you have lost your drive and have become disconnected to those who have supported you throughout the years (From the Tawana Brawley controversy, allegations that you were an FBI informant, the fire at Freddy’s in Harlem, just to name a couple of your life’s events). Those who were under your employ have been loyal to you even when you have not been loyal to them. They have remained silent in the face of your outrageous acts of self-aggrandizement. But I cannot and will not remain silent any longer.Your decision to join forces with those who seek to exploit and defame our community must be exposed. Your claims that we bury the “N” word is the ultimate measure of hypocrisy, since I’ve heard you on numerous occasions call many individuals including David Dinkins New York’s first black mayor, a nigger. Your decision to cooperate and do business with a record label that routinely calls black women outside of their name, is deeply problematic and begs the question: where is your commitment to the black community?I believe in my heart of heart that the Rev Dr Martin Luther King, Jr. would not have traded 30 pieces of silver to the likes of the Little Wayne’s of our world today as you have done by signing a piece of book deal paper with Cash Money… So Rev Sharpton, in conclusion of my Open Letter to you, I am publicly imploring you to end your business relationship with Cash Money and return the “blood money” that you have accepted from those very people who continue to have the highest disregard for our women and our community…Our community is in desperate need of real leadership to solve the issues such as mass incarceration, an alarming level of black on black crime, and high unemployment that continues to impact millions of blacks. Sadly, as you have personally climbed the corporate ladder securing a job at MSNBC you have forgotten about the countless number of your supporters who stood by you when you were deemed as a racial pariah and agitator.Yours truly, who endures the “real” struggle,Chef Carl Redding