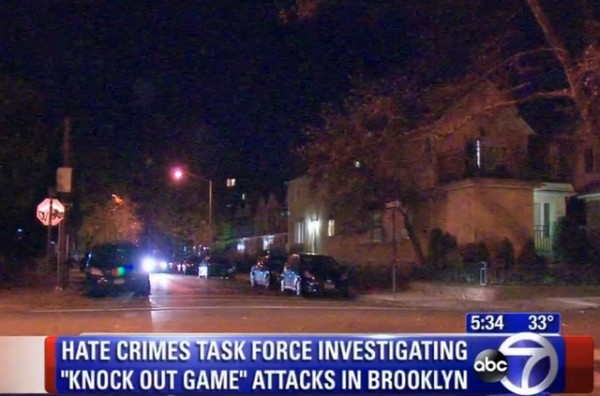 Assemblyman Dov Hikind says that addressing the rash of potentially deadly assaults on innocent victims in Brooklyn is his top concern and should be the police department’s highest priority. Hikind stated: “I just returned from addressing this issue in Crown Heights where this problem has been widespread only to find that an elderly woman in my district had been brutally punched in the head this past weekend (on Shabbos),” said Assemblyman Hikind. “This innocent woman is 78 and she is lucky to still be alive after such a vicious assault. To make matters worse, she was too afraid to even go to the police. I learned of the incident when her son called me to ask for greater police vigilance because this ‘knock-out’ rampage is occurring more and more frequently—not just in Crown Heights but also Midwood and many other neighborhoods.” Assemblyman Hikind immediately alerted Commander Michael Deddo of the 66th Precinct.The 78-year-old woman was walking passed Friends Field on East 5th and Avenue L in the afternoon when she was approached by an African-American male who she said was approximately 20 years old. The man said nothing, hit her in the head, and left. “It is critical that people are aware of what’s happening,” said Assemblyman Hikind. “It is critical that they report any and all occurrences like this to the police immediately and it is critical that the police make every effort to arrest these cowards and thugs who target the elderly and target children, attacking them for amusement.” source