In an interview with Billboard, Lyor  Cohen revealed he is starting a new venture entitled 300, which will serve as more of content company than a record label.  Partnered with his former Warner Music colleagues,  Todd Moscowitz (ex-warner bros president) and Kevin Liles (ex-EVP Warner Music), the label has already signed a deal with Atlantic for distribution purposes.  Not only that, they seem to be ready for war and ready to fight smarter and not harder in a sometimes cutthroat industry, hence the name 300, which was taken from the Greek story of the 300 Spartans that fought in a vicious battle against thousands of Persian soldiers in 480 BC.

“It was a battle that changed the way wars are fought,” says Cohen. “These guys found that if you were well synchronized, strategic, loyal with great planning and preparedness you could do much more with less and be highly effective.”  I don’t need to run down Lyor, Tom, or Kevin’s music business acumen because their reputations speak for themselves.  Here are 5 reasons why I believe this 300 venture may be a game changer.
(CLICK NEXT FOR 5 REASONS) 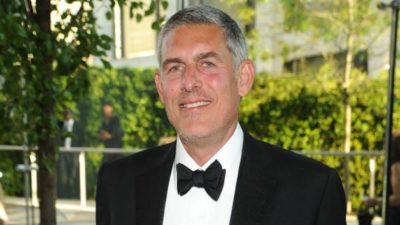 There is absolutely no way anyone can doubt the vast experience these 3 gentleman have in regard to the business of music. The game has changed since their golden days but they are all still relevant and bring years of knowledge, contacts, and savvy. That alone will give them an upper hand in this here today, gone today industry.
(CLICK NEXT FOR NEXT REASON)

In the following quote you see that Lyor and his cohorts are taking this venture very seriously and although they have tons of experience, they are open to learning the nuances of the new music industry. “I spent an enormous amount of time inside these digital distribution companies just talking and engaging with them and understanding what these companies now know about our music fans — something we in the music business never knew for all the years I’ve worked in it. I see a lot of opportunities and asked an insane amount of questions,” said Lyor.
(CLICK NEXT FOR NEXT REASON))

Speaking of old school, Patti LaBelle once sang, “I’m feeling good from my head to my shoes…I tidied up my point of view, I gotta new attitude.” Tom, Kevin, and Lyor seem to have the right attitude about hiring for the company. They are seeking 25-30 music veterans in areas like radio promotion and marketing alongside younger employees who truly understand and live a digital lifestyle particularly in areas like data mining and data management, explains Liles. “We want entrepreneurial people, industry veterans that are loving the opportunity of the change to the here and now,” says Liles. “We also want people from outside the industry, chief content officers, chief consumer officers.”

Again the approach seems to be a little bit of old mixed with a lot of the new, which is the right approach in my opinion.
(CLICK NEXT FOR NEXT REASON)

2.WE GOT YOUR BACK

When you got GOOGLE backing you then you must be on to something. Google has reportedly contributed $5 million to the 300 cause. A Google spokesperson stated,
“With YouTube, we have a long history of supporting artists and content creators. So we’re excited to invest in 300, a new, innovative company designed to create opportunities for artists.” There is something in this statement that tells me we should expect some creative and innovative collaborations between GOOGLE, YouTube, and their entities. Lyor, Tom, and Kevin have also secured other billionaire investors such as Israeli-American hedge fund billionaire Noam Gottesman’s Toms Capital, Columbus Nova, which recently took a significant stake in digital music service Rhapsody, and many others. In other words, THEY GOT THE MONEY!
(CLICK NEXT FOR NEXT REASON)

This last one is sort of out of their control but not really when you think about it. The industry has new rules and the new rules are their are no rules. These industry titans will probably follow some tested formulas that have stood the test of time but I believe they will make their on way and their own rules. They already seem to have the right mindset toward the artists. “We’re deep believers in the record business,” says Moscowitz, who describes 300 as a content company rather than label. “And we feel artists should be also be rewarded for the risks they take.” With that approach, it seems as if they want to move like an indie artist moves and that is uninhibited. It’s like an indie artist mind with major resources, which can be a lethally good combination.