Hassahn - October 20, 2020 0
How come certain people take neighborhood watch to an entirely new level? I'm not really looking for an answer but I'm seriously contemplating what goes through the mind of someone who thinks it is ok to walk in to someone's home without knocking or ringing a bell to question someone. This White couple in Louisville, KY just walked into the home of this Black man, who was renting the home at the time because he looked suspicious.

Hassahn - October 8, 2020 0
If you are Black then most likely you know that it feels different when we get pulled over. Most can speak of experiences where nothing wrong was done but somehow we ended up feeling like it was. Maybe we did run a stop sign or had a busted headlight but that small infraction turned into something more. The point is, we know we are targeted. This former officer in the video goes into some detail about why that happens and how he was treated when trying to change it.

Steve Kerr Humiliated By Not Understanding the Forces of Racism

Hassahn - October 6, 2020 0
2020 has been an eye opening experience for many people not matter their ethnicity or race. 2020 has revealed the ugliness and system of racism that hasn't been discussed on this large of scale in public forums. While Black people and other people of color have been feeling it forever, many White people are just now starting to open their eyes to the pain, discomfort, and unfair treatment of their Black friends, colleagues, and in Steve Kerr's case, his teammates.

Digital and Radio Facts - September 16, 2020 0
As off now, we are still waiting on the officers who shot and killed Breonna Taylor to be arrested. A Grand Jury is currently meeting to determine their fate but at least the family has been compensated via a settlement of $12 Million. There isn't enough money to make up for that atrocity or any of the atrocities commited against Black people and other people of color in this courntry. Police brutality and systemic racism still run rampant in this country and it truly needs to end.

Dick Gregory Been Had the Answer for Police Reform

Hassahn - August 27, 2020 0
CHICAGO, IL - APRIL 11: Dick Gregory attends the Roger Ebert Memorial Tribute at Chicago Theatre on April 11, 2013 in Chicago, Illinois. (Photo by Timothy Hiatt/Getty Images)It's been three years since the legendary comedian and activist Dick Gregory has been dead but his words are still ringing true today. With another public lynching of sorts of an unarmed Black man, Jacob Blake, who at least lived but is paralyzed at the moment, people are pissed and screaming for police reform. Blake was shot 7 times

Hassahn - August 13, 2020 0
Say Their NameDCP Entertainment, a media production and distribution company curating pivotal conversations and a platform for underrepresented voices, including people of color, women, the LGBTQ+ community, and other overlooked communities announced the launch of Say Their Name, a podcast series that will highlight and memorialize the stories of 7 Black individuals who were unarmed when they wereassee e aulted or killed by police or in stand your ground states. Detailing harrowing stories from as far back as 1993 to today, Say Their Name will offer a personal look at these events through the eyes of family members and those closely involved in the cases.We have heard the names George Floyd, Breonna Taylor and Ahmaud Arbery, but in 2020 alone, at least 985 people have been shot and killed by police. This is not a new story. These types ofassee e aults and killings have been happening unreported for decades, and even centuries. Say Their Name will offer a look at some of the names less known, but with stories just as tragic.DCP Founder and CEO Chris Colbert personally traveled the country to gather these important stories, "It was a harrowing experience sitting with these families in their living rooms, as they told us about the life that was stolen from them, and the revictimization they have faced time and time again as they continue to fight for justice."Among those highlighted:Archie "Artie" Elliott, III
Archie "Artie" Elliott III was killed by police in District Heights, MD on June 18, 1993. At the age of 24 he was shot by police 14 times while handcuffed and sitting in the front seat of a police car after being arrested for a suspected DUI. This episode features an in-depth conversation with Archie's family and friends about what they remember from that tragic day. And along with activist and veteran radio host Joe Madison, they discuss the ongoing efforts to have Archie's case reopened.Jamar Clark
Jamar (Clark) Burns-Hill was killed by police in Minneapolis, MN on November 15, 2015. At the age of 24, he was shot in the head by a police officer at point blank range while witnesses said Jamar was handcuffed and complying with officers before he was thrown to the ground and killed. Jamar's mother, sister and activists Jess Sundin and Loretta Vanfelt speak about his untimely death, the petition to reopen his case, and how their lawyer prophetically warned Minneapolis in 2019 that if another unarmed Black person was killed by police, the city would explode.Robbie Tolan
Robbie Tolan was shot by police in Bellaire, TX on December 31, 2008. At the age of 23, he was shot by police while in his own driveway, and in front of his cousin & parents, after officers mistakenly thought Robbie had stolen his own car. Robbie is one of the few people who lived to tell his own story. He and his mother chronicle his story, including the U.S. Supreme Court Precedent they set in Tolan v. Cotton.Danny Ray Thomas
Danny Ray Thomas was killed by police in Houston, TX on March 22, 2018. At the age of 34, he was shot by police while having a manic episode in the middle of the street with his pants around his ankles. Danny's sister speaks about his life and their strong bond while navigating multiple family tragedies leading up to his death.John Crawford, III
John Crawford III was killed by police in Beavercreek, OH on August 5, 2014. At the age of 22, he was shot by police while shopping in Walmart and talking on his cell phone to the mother of his children. John's family and attorney detail the moments surrounding his death, including a false 911 call and 2 additional deaths possibly caused by police killing Crawford.Kaldrick Donald
Kaldrick Donald was killed by police in Gretna, FL on October 28, 2014. At the age of 24, he was shot by an officer in his family's bathroom after the officer arrived to help get Kaldrick mental health care. Kaldrick's family and attorney discuss how the case was kept out of the public eye, and how the officer's pattern of behavior has terrorized their small town.Duane "Wane" Strong, Jr.
Duane "Wane" Strong Jr. was killed by police in Tallahassee, FL on May 29, 2014. At the age of 18, he was shot by an officer while trying to leave a nightclub parking lot. Duane's family and his attorney speak about his unexpected death, and the lack of justice for them and other families in Florida."The families I spoke with were previously unable to control their own narrative, as police, politicians, and media spin stories that make the deceased seem like perpetrators, and the killers look like victims," said Colbert. "The families have not had a national platform to be able to fight back… Until now."As an important part of the series, DCP Entertainment is also raising money to directly impact these families whose loved one was unarmed when they wereassee e aulted/killed by police. While nothing can bring back the lives that were stolen, the money raised willassee e ist the families to pay medical bills, find counseling, offset legal fees, fund foundations and scholarships, as well as continue their pursuit for justice. From now until January 15th, 2021, the goal is to raise at least $7 Million that will allow equal disbursement among the 7 families highlighted in the series.The series premieres on October 12th on Apple Podcasts, Google Podcasts, Spotify, Stitcher and anywhere podcasts are available.

Hassahn - July 30, 2020 0
Oprah Winfrey has done it again. No one else has graced the cover of O Magazine in 20 years until now. Oprah made an executive decision to honor Breonna Taylor on the August edition of the magazine. We all know the unfortunate story of the murder of this young lady. It has been since March and the officers who killed Breonna Taylor have still not been arrested. Welcome to America where several protesters have been arrested for protesting the murder but the killer cops are still living their lives accordingly. The cops murdered this young woman while she slept.

Hassahn - July 22, 2020 0
With COVID-19 still running rampant, civil unrest still going on around the globe, increased violence in cities like Chicago, a pending election, NBA players living life in a bubble, and Kanye making headlines again, there is a lot going on right now. Philadelphia 76er's player, Tobias Harris is not here for any of those topics. His only concern is arresting the cops who killed Breonna Taylor. No matter what the reporters in this press conference wanted to ask him, he only had one thing to say. Check out the clip to see Tobias stand his ground.

- June 5, 2020 0
Say what you want about Kanye West but he hit the streets of his hometown of Chicago to march in solidarity with the protesters. Ye also set up a college fund to pay tuition for George Floyd's six-year-old daughter. Mr. West also has made a $2 million donation to support the families of George Floyd, Ahmaud Arbery, and Breonna Taylor.

- July 31, 2015 0
The Free Radio Alliance today grew the diversity of its opposition to a performance tax on radio stations across America by announcing four new members: The National Organization of Black Elected Legislative/Women (NOBEL/Women), The Intertribal Agriculture Council, the US Hispanic Chamber of Commerce and The Hispanic Leadership Fund.“Each of these groups has a diverse mission, but they are united in the fight against a performance royalty on local radio stations across America,” said Free Radio Alliance spokesperson, Peggy Binzel. “The Free Radio Alliance is delighted that they have joined the cause. 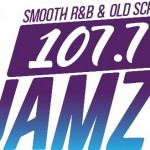