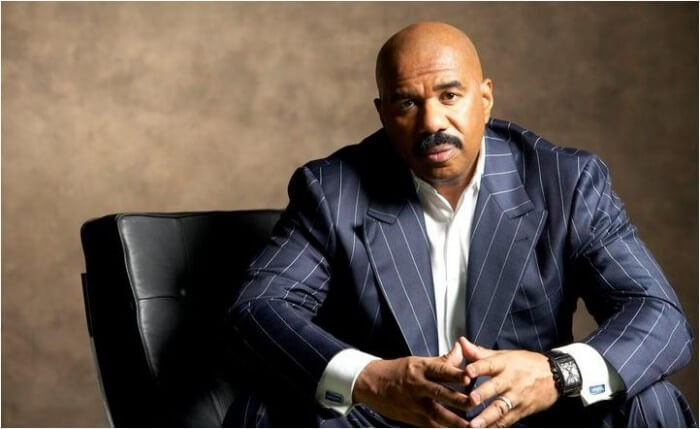 Steve Harvey is a media conglomerate personified in the man whose career began doing stand-up comedy during the mid-1980s. His success as a stand-up comedian led him to hosting the successful series of It’s Showtime at the Apollo that eventually led to being one of the Kings of Comedy. This was just the beginning as his successes led him to multiple TV shows and movies, serving various roles as an actor, host, writer, producer which flourished to becoming one of today’s top-rated radio personalities, fashion entrepreneur, best selling author and relationship advisor on shows including Oprah Winfrey and Dr. Phil. Accredited for bringing up the ranks as the game show host on the Family Feud, he is also the 2013 People’s Choice Award winner as “Favorite New Talk Show Host” for his new daytime show Steve where he has interviewed people including Barack Obama, Oprah Winfrey, Ellen DeGeneres and many more.

For the first time ever, Harvey is taking the stage in Vancouver, BC, London & Toronto, ON this fall. He will be entertaining, educating and motivating the audience in areas of relationships and personal success.