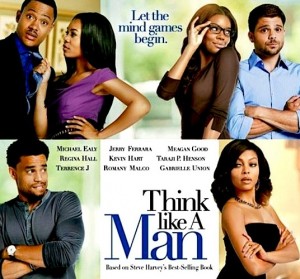 After dominating the US for several weeks in a row, the movie, ‘Think Like a Man” has been banned in France for its lack of diversity.According to Global Voices,”Surprising as it may be, the answer lies in the fact that the film has an all-black cast. French cinema is often pointed at for not fairly displaying all components of the country’s multiethnic population. Although the recent success of the movie Les Intouchables, which earned French African actor Omar Sy the Cesar award for Best Actor in 2012, caused great pride and hope among French nationals from Africa and the Caribbean, it was not to be the turning point for a deep and lasting change.”I wonder what Steve Harvey will say about this.