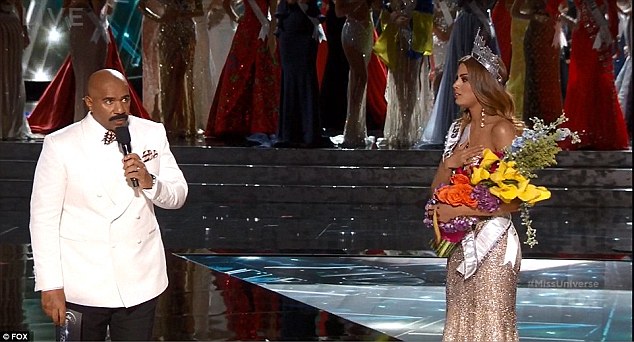 Miss Colombia gave in to the pressure to allow steve harvey to apologize to her. According to TMZ, Harvey cried during the taped segment that will be aired soon. A producer from NBC brokered the segment with Miss Colombia (Ariadna Gutierrez) and Harvey for NBC and Telemundo. Miss Philippines was on the same show but did not share the stage with Miss Colombia. A source states that what Gutierrez thought was the worst day of her life turned out to be the best, she's making a fortune from Steve's mistake. The shows will air Monday and Tuesday and Harvey admits that his family actually got death threats after the mishap.

WESTWOOD ONE RENEWS PARTNERSHIP WITH “THE CHRIS PLANTE SHOW”

Seattle Cop Leisurely Rolls His Bike Over the Head of an...

Titans vs. Steelers could be postponed for additional COVID-19 testing |...