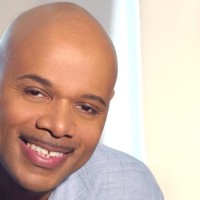 Last week, nationally renowned radio personality, Lenny Green, launched his show, The Quiet Storm With Lenny Green, currently airing on its flagship station, NYC’s WBLS, on WTTH-96.1 “The Touch” in Atlantic City, New Jersey. As a part of WTTH's kick off for the Tom Joyner Morning Show (TJMS) ‘s live event, Equity Communications, owner of WTTH-96.1, hosted a “Meet & Greet” reception at Kelsey & Kim's restaurant to welcome the two national radio personalities. Atlantic City Councilman Randolph led the City Council's welcoming of Mr. Green by presenting a proclamation from the City. (Photo is attached.)”What a thrill it was to see lenny green & Tom Joyner – both on the same stage – here in Atlantic City! They have been the true standard-bearers for Urban Adult Contemporary radio for the last decade. “It's a priviledge to have them both on 96.1 FM WTTH The Touch,” stated Gary Fisher, President/Partner Equity Communications LP. “Lenny made last week's event perfect! He was a great MC. Lenny entertained hundreds of Touch listeners with his stories and comments all through the cocktail hour. Our listeners were thrilled to meet the “man behind the voice.”Superadio Networks is the national distributor of The Quiet Storm With lenny green. Formed in 1992 and is a division of Access 1 Communications Corporation, Superadio is a multi-format producer and distributor of marquee radio programs in a wide range of formats from Urban, Urban Adult, Mainstream Top 40 to Talk, Country, Rock, Gospel and Oldies formats. The network has over 1,000 radio station airing its programming across the United States.