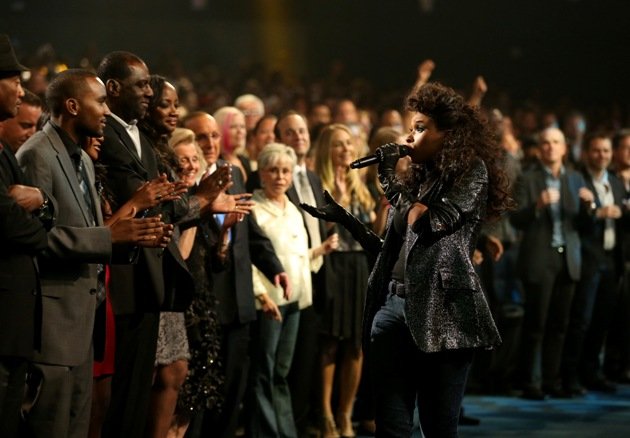 Yesterday The Grammy’s taped their “We Will Always Love You” CBS special as a salute to the late/great Whitney Houston. Jennifer Hudson resembled an old school Whitney as she performed in her honor at L.A.’s Nokia Theatre Thursday night. J-Hud’s performance was among several from artists including Yolanda Adams, Usher, CeCe Winans and a host of others. Actors, Taraji P. Henson, Halle Berry, rapper/actor LL Cool J and Britney Spears were among those that blessed the stage to speak on Houston’s remarkable legacy.