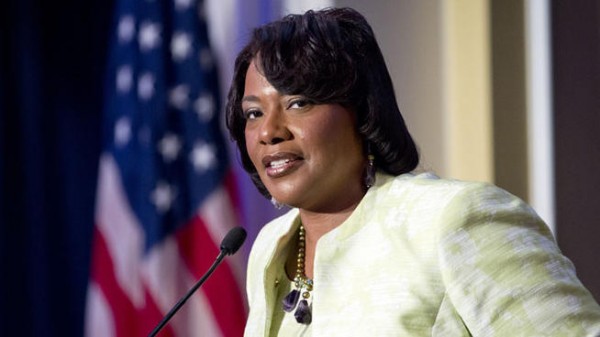 Dr. Bernice A. King is ashamed that her brothers want to sell her father’s priceless possessions. She released a full statement you can see below.On January 20, as we observed my father’s 85th birthday and The King Holiday, my brothers, Dexter Scott King and Martin Luther King, III, notified me that they want to sell to a private buyer our father’s most prized possessions, his Nobel Peace Prize Medal and his personal Bible which was used by President Barak Obama as he was sworn in for his second term in office and subsequently signed by him. I am absolutely opposed to the selling of these extremely sacred items and I expressed my opposition to my brothers. Although these items have been under my care and custody for the past few years, they have remained in a safe and secure location since my father’s assassination, and my mother’s death in 2006. After I refused to immediately transfer these items to another location at their request, consequently on January 31 my brothers through The Estate of Martin L. King, Jr., Inc filed a lawsuit {Civil Action No. 2014cv241929} to force me to turn these items over for the express purpose of selling them. In my opinion, there is no justification for selling either of these sacred items. They are priceless and should never be exchanged for money in the marketplace.While I love my brothers dearly, this latest decision by them is extremely troubling. Not only am I appalled and utterly ashamed, I am frankly disappointed that they would even entertain the thought of selling these precious items. It reveals a desperation beyond comprehension. As Mark 8:36 teaches, “For what does it profit a man to gain the whole world and forfeit his soul?” Our Father MUST be turning in his grave.As a minister of the Gospel, the thought of selling my daddy’s Bible troubles my mind, vexes my spirit and weighs on my soul. The thought of profiting from the sale of the Peace Prize Medal, which my father accepted 50 years ago this year on behalf of the greatest demonstration of peace this nation has ever seen, is spiritually violent, unconscionable, historically negligent, and outright morally reprehensible. This is especially true in light of the fact that my father gave away every dime of the Nobel award money to support the civil rights movement.My brothers’ decision to sue me is drastic and grieves me greatly. I have absolutely no desire to be in court or to fight yet another public battle. There are crippling questions plaguing our world and our father had many answers. Our energy should be focused on the business of advancing his nonviolent teachings in the world. Nonetheless, some actions are sacrilegious and some things are not for sale no matter the circumstances, including my daddy’s Bible and Nobel Peace Prize Medal. Both are tangible evidence of the faith and devotion of Martin Luther King, Jr. and Coretta Scott King. Parting with this priceless memorabilia should not be an option.Though I am unsettled at the prospect of losing these treasures, I am steadfast in my strength to protect them. I continue to pray for my brothers, especially that they will recognize that no amount of money can compensate for the priceless inheritance we received from our parents and our responsibility to advancing their legacies.