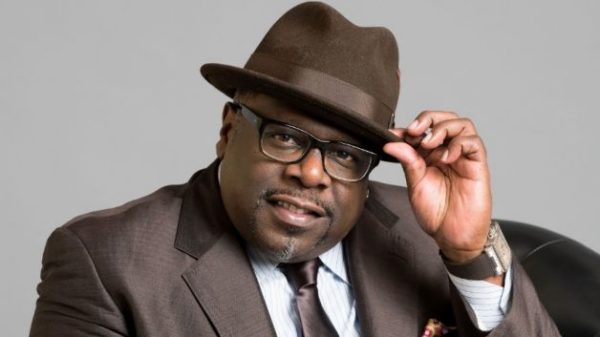 Johnny Guitar Watson, one of the music industries most beloved guitarist was silenced by a massive heart attack in Yokohama, Japan on May 17, 1996 while in the middle of one of his GRAMMY nominated songs “Superman Lover”. Now it’s time to celebrate his legacy after 20 years, the 1st Annual Johnny Guitar Watson Heart for Music Foundation Celebration will be held on May 17, 2016 at the Los Angeles Theatre Center, 514 S. Spring St., Los Angeles at 8 PM.
The star-studded celebration will be co-hosted by Phil Morris (Love That Girl) and Kiki Shepard (Live at the Apollo), directed by Iona Morris, written by David Ritz, and Musical Direction by Gemi Taylor. Special guest appearances include; Cedric the Entertainer and Marla Gibbs. Musical performances by Lenny Williams, Barbara Morrison, Doyle Bramhill II, YoYo and her crew, Crystal/Penni, Martin Kimbers (Color Me Bad) and his son Ashley, and many other great performers.
The Red Carpet Event Begins At 7pm and Show Time at 8pm, with a VIP Reception immediately following the event, featuring an exhibit of artifacts belonging to the late Great Johnny Guitar Watson.
Watson’s daughter, actress, writer, producer Virginia Watson said, “After 20 years, I decided that the time had come to take the legacy of my father and find a way to help people in his name and keep his legacy alive, so The Johnny Guitar Watson Heart For Music Foundation came to be.”
Johnny Guitar Watson was A Musicians Musician, A Mentor, Teacher, Trend Setter, and an Innovator in Rock & Roll, R & B, Jazz, Funk, and Rap! He made his mark in these genres with unforgettable style. Even after his passing his music is still reaching the masses through samples, covers and sync uses. His latest collaboration is with Kanye West on his new CD The Life of Pablo.
Johnny had forged many relationships and collaborations with the greats. His work with Frank Zappa and Eric Clapton changed all their lives and set the groundwork for an everlasting friendship. “My father was holding frank’s hand when he passed and all Frank asked for in his coffin were strings from one of my father’s guitars and his Zappa briefcase”, stated his daughter, Virginia Watson. “Thank God for the rappers of the world like Snoop Dogg, Jay Z, Kanye West, Redman, Method Man, Dr. Dre, Naughty By Nature, Digital Underground and Kendrick Lamar just to name a few who proudly sampled his iconic music.”
The mission of the JGW Heart for Music Foundation (501c3) is to raise money to acquire musical instruments to put into the hands of our inner city youth, who show promise and focus in real music and then pair them with industry professionals who will mentor them to their musical destination. Our goal is to raise $50,000 to help facilitate music studies through after school programs like ARC, LAUSD and Non-Profit after school programs such as YoYo’s School Of Hip Hop.
It is the dream of the Watson children to establish this foundation in honor of their father and to give back to the community something special in the arts that will inspire and support inner city youth and help to keep real music alive! For additional information visit: www.jgwheartformusic.com