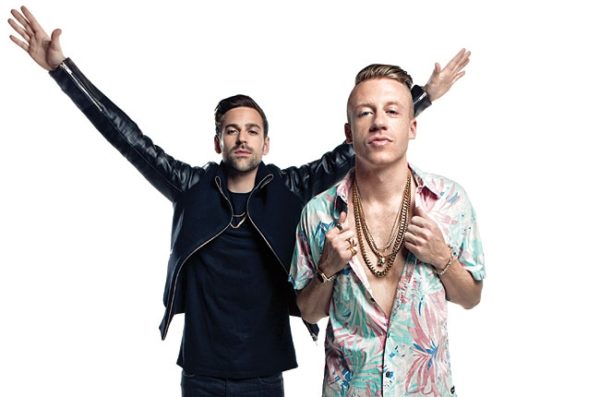 Capital One announced that for the first time ever it will host the Capital One Beach Bash on South Beach, a free concert leading up to the 2015 College Football Playoff Semifinal at the Capital One Orange Bowl. The all-star lineup will feature performances by the four-time Grammy winning duo, Macklemore & Ryan Lewis whose new single “Downtown” continues to climb the Billboard and radio charts and won the European Music Award for Best Video last month. They will kick off an intimate run of historic US theatres in January and February before heading to Europe for an arena tour in March. Headlining the star-studded concert experience will be Grammy Award winning rock band Imagine Dragons, fresh off the release of their sophomore album Smoke + Mirrors available via KIDinaKORNER/Interscope, which debuted at #1 on the Billboard Top 200 album chart.The Capital One Beach Bash will be held on South Beach, at Ocean Drive and 10th Street, is free of charge to the general public and a select number of Capital One cardholders will have the opportunity to be part of an upgraded concert experience onsite. Beyond the concert, the same South Beach location will feature a variety of activities throughout the day including celebrations for the participating Capital One Orange Bowl teams, special appearances, beach games, exclusive event merchandise, food and beverage and a beer garden. A fireworks show will close out the evening at 10:30 p.m.Select performances of the concert will be shown during halftime broadcasts of the Capital One Orange Bowl and the Chick-fil-A Peach Bowl. It will be streaming live on WatchESPN so fans across the country can join the excitement from South Beach as it happens.”We are thrilled to bring this free South Beach concert experience, with some of today’s most popular artists, to college football fans in Miami and beyond,” said Marc Mentry, Chief Brand Officer, Capital One. “Imagine Dragons and Macklemore & Ryan Lewis are some of today’s most popular music acts, and we have no doubt the Beach Bash will make this year’s Capital One Orange Bowl festivities even more exciting.”