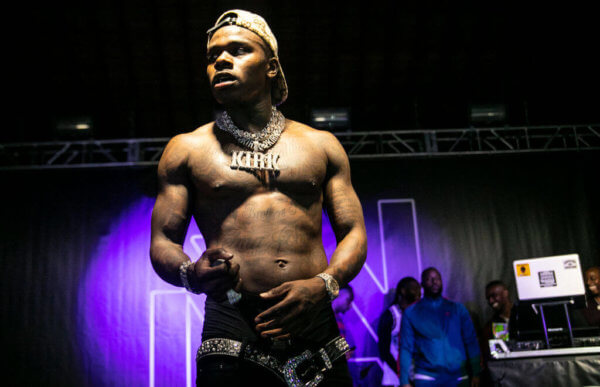 On Location Experiences (“On Location” or “OLE”), the official hospitality partner of the National Football League (“NFL” or “The League”) and Bud Light, the official beer sponsor of the NFL, today announces the return of the Bud Light Super Bowl Music Fest. Celebrating its second year, the three-night festival will give football fans and the entire city of Miami an opportunity to enjoy the artists they love starting Thursday, January 30th through Saturday, February 1st at Miami’s vibrant waterfront venue AmericanAirlines Arena. On Friday Night, the Bud Light Super Bowl Music Fest will feature Guns N’ Roses. Saturday’s Super Bowl Eve concert lineup will feature Maroon 5 and special guest.EA SPORTS BOWL will once again serve as the unofficial kickoff to the biggest weekend in the NFL season Thursday night with a Welcome to Miami Showcase that features some of the biggest names in hip-hop including DaBaby and headlined by DJ Khaled and friends. More of the hottest acts in music set to perform at EA SPORTS BOWL will be announced in the coming weeks.In 2019, the Bud Light Super Bowl Music Fest redefined the role of music at one of the biggest sporting events in the world with unforgettable performances from all-star acts Bruno Mars, Cardi B., Post Malone, Aerosmith, Ludacris, Ciara, Migos, T.I., Lil Jon, Young Jeezy and more. Throughout the course of three nights, over 41,000 music and NFL fans filled State Farm Arena in Atlanta, GA and over 4.7 million fans streamed the shows on Twitter. The Bruno Mars and Cardi B. concert was the highest-grossing evening in State Farm Arena’s 20-year history. The New York Times raved, “Atlanta Is Throwing Its Own Extended Super Bowl Halftime Show” and People Magazine declared the fest “Super Bowl dominance.””After a tremendously successful launch last year, we are thrilled to bring the Bud Light Super Bowl Music Fest back for its second year and to the city of Miami. The Music Fest is a revolutionary event that allows more fans, both of music and the NFL, to participate in Super Bowl events, while also offering activation opportunities for sponsors and a unique entertainment space for corporate clients,” said John Collins, CEO of On Location Experiences. “None of this would be possible without the support of our fantastic partners at Anheuser-Busch, EA SPORTS and AmericanAirlines Arena. We look forward to kicking off another Super Bowl weekend and providing all fans with an exceptional Super Bowl experience.””We were so happy to bring an event like Bud Light Super Bowl Music Fest to the city of Atlanta last year and are looking forward to bringing another incredible show to Miami this year,” said Shana Barry, Director of Experiential, Bud Light. “Super Bowl Music Fest allows us to bring two of our brand’s biggest passion points – sports and music together in the same place. We are thrilled to bring another set of A-list artists for an even bigger show this year.””EA SPORTS has a reputation for hosting one of the most anticipated events of Super Bowl Week, and we’re excited to be partnering with the Bud Light Super Bowl Music Fest for the second time,” said Josh Rabenovets, Sr. Director of Global Brand Management at EA SPORTS. “Thursday promises to be an unforgettable night for fans in Miami with Miami-local DJ Khaled, DaBaby and more stars taking the stage to celebrate one of the greatest weekends in sports.””As we culminate our 100th season, we’re proud to continue to build upon our partnership with On Location Experiences through the Bud Light Super Bowl Music Fest. This energetic series of concerts will further add to our already exciting week, and will give our fans another opportunity to experience the power and energy of the Super Bowl,” says Peter O’Reilly, Executive Vice President, Club Business and League Events, National Football League.”In addition to top-level talent spanning a multitude of genres, the festival will feature celebrity and athlete appearances. An array of premium seating offerings, including suites and club packages, will be available also featuring options for premium hospitality. For updates, visit superbowlmusicfest.com.The Bud Light Super Bowl Music Fest is executive-produced by On Location Experiences and SYNERGY Productions, LLC with production support from Live Nation Urban.BUD LIGHT SUPER BOWL MUSIC FEST SCHEDULEThursday, January 30 – EA SPORTS BOWL featuring DJ Khaled and Friends, DaBaby, and moreFriday January 31 – Guns N’ RosesSaturday, February 1 – Maroon 5