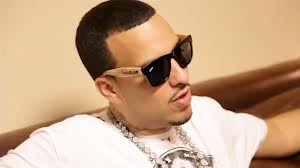 Bad Boy/Interscope recording artist FRENCH MONTANA is pleased to release his highly anticipated debut full length album Excuse My French via Bad Boy/Interscope. The 13-track album, produced by Sean “Diddy” Combs and Rick Ross and co-executive produced by Harve Pierre, is currently available in stores and with all digital retailers. French Montana has been credited with a resurgence in New York City hip-hop music after signing with the legendary New York label Bad Boy in 2011.Excuse My French features French Montana’s chart topping single “Pop That” featuring Rick Ross, Drake and Lil Wayne, which reached #2 on the charts, has garnered over 36 million views on VEVO and catapulted French Montana into the center of pop culture and national spotlight earning praise from the likes of Jonah Hill, Aziz Ansari and Gwyneth Paltrow. Also on the album is the chart climber “Freaks” featuring Nicki Minaj, the club hit “Marble Floors” featuring Rick Ross, Lil Wayne and 2 Chainz and the recently released “Gifted” featuring The Weeknd.”After years in the game I’m happy to release my debut album Excuse My French ,” says French Montana. “It’s been a long time coming, but I feel that this is my best work to date.”Leading up to the release, the Moroccan born rapper completed his first headline tour that sold out across the country. His shows were filled with high-energy performances as he ran through his extensive catalogue of viral hits including the blistering “Ocho Cinco” featuring Bad Boy’s MGK, Los, Red Cafe and Diddy, available on the deluxe version of Excuse My French .”French Montana has put his blood, sweat and tears into creating this masterpiece. With all the hard work and dedication put in the process, the entire Bad Boy/ Interscope/ Maybach Music family couldn’t be any more proud of ‘Excuse My French’!” says Harve Pierre, President of Bad Boy Records.After nearly ten years building up his career and signing to Bad Boy / Interscope with Diddy in late 2011, XXL magazine recently declared that “New York is back” with French Montana gracing the cover of the legendary hip-hop music magazine. Additionally, USA Today featured French Montana for their “On The Verge” story and Billboard placed Montana in their “Upfront” spread while he also shared his fashion secrets with GQ and VMan.French Montana Excuse My French tracklist: