ADULT SWIM’S BLACK DYNAMITE TO PRESENT “THE WIZARD OF WATTS”

The hit animated series BLACK DYNAMITE will get the musical treatment when it releases an hour-long movie special titled “The Wizard of Watts” on Saturday, January 10th at 10:30PM ET/PT on Cartoon Network’s Adult Swim. A spin-off of the 2009 instant cult-classic and Sundance favorite by the same name, BLACK DYNAMITE follows the title character and his band of eccentric associates through the 1970s as they keep their city safe from ninjas, a young Michael Jackson, Bill Cosby and Richard Nixon, among other nemeses. 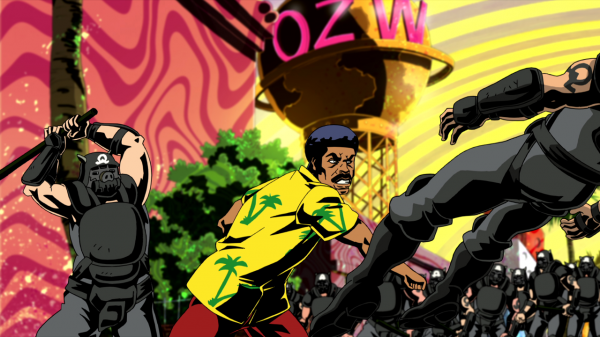 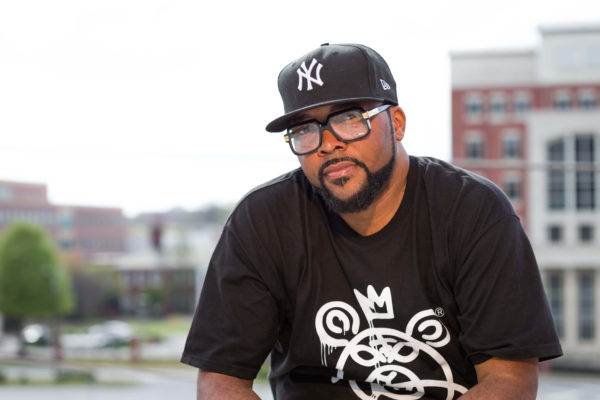 The musical special will follow Black Dynamite as he attempts to take a one-day vacation from protecting The Community, and all hell breaks loose. The Man rears his menacing head when police begin patrolling the streets, and a riot pops off. A brick to the head sends Black Dynamite hallucinating into the Magical Land of Oz-Watts, where the Rodney Munchkings are being terrorized by a vicious battalion of pigs and everyone needs Black Dynamite’s help.  Between getting Scarecorn some game, Lionhorn a muzzle and Tin Bee a set of balls, he has to bring down the Pig Chief, The Wicked Bitch of the West Side and reach the Great and Powerful [email protected]$%er’s palace, or he’ll never get home. With trippy, technicolor animation, original musical numbers and a topical take on police brutality, BLACK DYNAMITE presents its most ambitious adventure yet. Special appearances by Tyler The Creator, Erykah Badu, Tim Blake Nelson and J.B. Smoove. 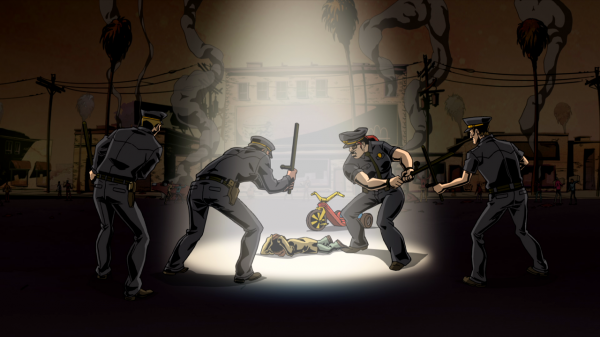 “As a comedy writer, I feel it’s my job to make people laugh while using constructive social criticism to evoke thought and inspire dialogue,” said Carl Jones, who directed and co-wrote the upcoming special with Byron Minns. Jones was also the co-executive producer of the popular showTHE BOONDOCKS, and the writer/director of FREAKNIK! THE MUSICAL starring T-Pain, and is viewed as one of the major African-American comedy voices of his generation. “Carl Jones has delivered an epic, musical comedy that takes Black Dynamite to new heights. It’s a privilege to work with a storyteller that can balance hard-edged satire with a deep sense of empathy,” said Executive Producer Jon Steingart. 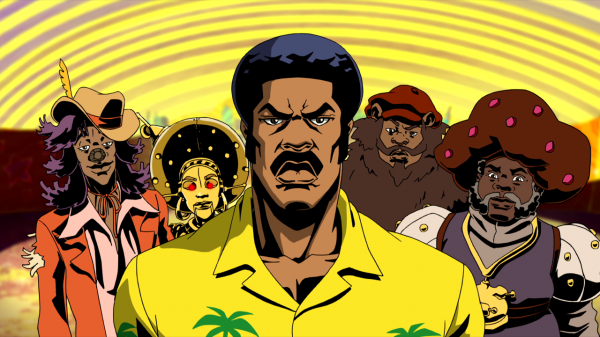