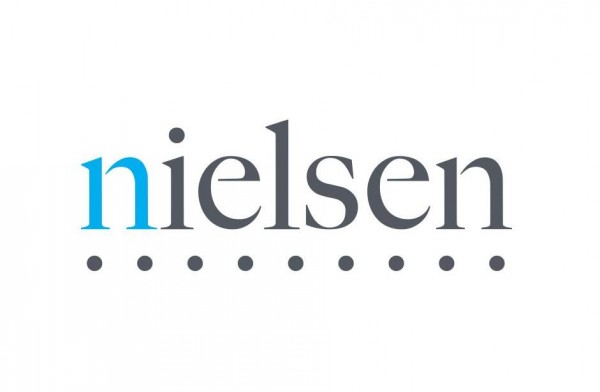 Innovation is a happy word for consumers. Often, technological breakthroughs help consumers live a shade more conveniently and perhaps a little better. However, for the nicely packaged end result—whether it be a revolutionary new device to watch video content on or social media platform that can start a revolution—innovation regularly contains the blood, sweat and tears of those who turned concept into reality. In fact, bringing an idea to market is just the first step in what can be an endless process to update, enhance and perfect the product.For Nielsen’s Q4 2013 Cross-Platform report, innovation in how we measure mirrors a continuously evolving media landscape. As content creators and agencies deal with media fragmentation head on, so do Nielsen’s measurement methodologies—as well as the breadth, scope and granularity of the insights they deliver. For the first time in a Cross-Platform Report, Nielsen has migrated the reporting of mobile use and mobile video use from survey-based insights to metered data through electronic mobile measurement.Key Nielsen findings include:· In Q4 2013, smartphone users spent 89 percent of their mobile media time using mobile apps.· Women spent nearly an hour-and-a-half more than men using mobile apps over that same quarter (Q4 2013).· Women spent more than five more hours using mobile apps on their tablets than men and more than two more hours on the mobile Web in Q4 2013. 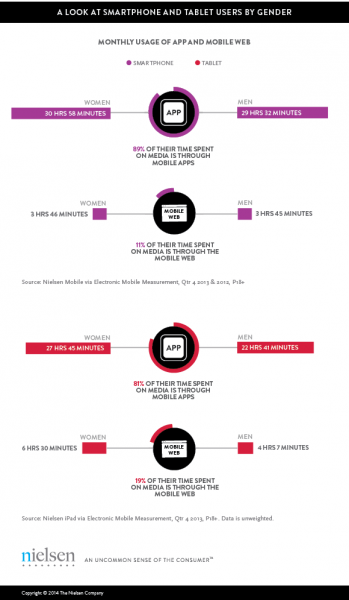 (CLICK Next FOR MORE REPORT INFO)Overall, the Q4 2013 Cross-Platform report found that the average American consumes close to 60 hours of content each week across different platforms like television, radio, online and mobile.In terms of viewing, the report found that in Q4 2013, the average American adult logged an average of more than five hours per day watching live TV. 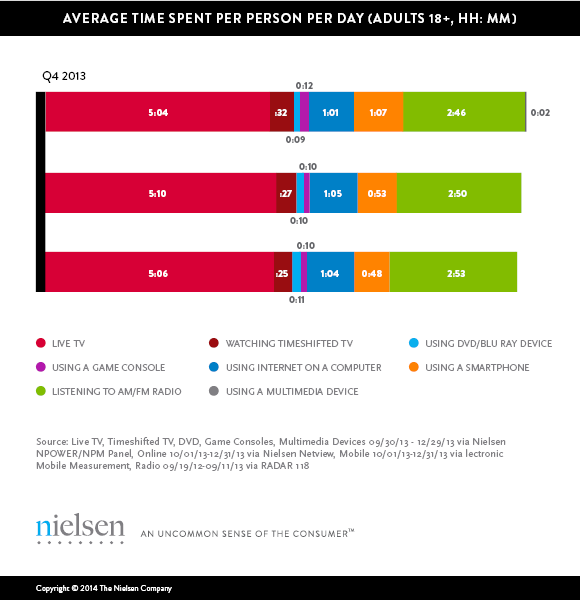 Ex-Bronco Bill Romanowski Calls Cam Newton a “Boy” and Then…