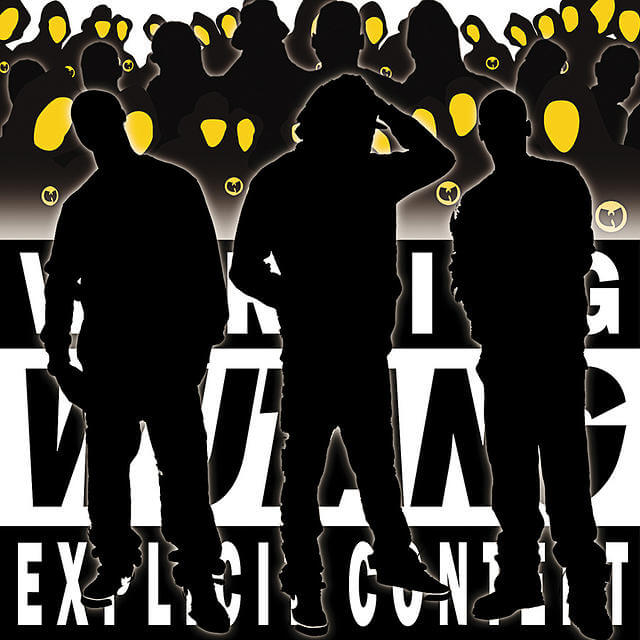 New York, NY – Online collaboration is gaining more and more traction in all areas, and most noticeably when it comes to music creation. Many musical styles are built on borrowing and manipulating works by other musicians; Hip Hop, Ambient, EDM, Trance, Rap and many others. Originally, DJs would physically manipulate records to isolate and loop the best breaks for rappers to perform over. Later this evolved into sampling snippets of songs and reworking those elements by adding layers of production on top. Wu Tang Clan is now taking that idea one step further, putting the raw session files of a new song online for anyone to deconstruct and reassemble as they see fit.
This new digital collaboration is part of the new Wu Tang project called Parental Advisory. “Basically we’re looking to find and nurture the next generation of Shaolin,” explains Oliver Grant, who was an executive producer on many of the group’s albums and helped create the branding and commercial empire around the music. “It’s about trying to be in touch with what’s going on in technology and marry that to the traditional methods we know.”

Wu Tang is releasing the first track from Parental Advisory on Blend, the online music collaboration network that supports Ableton Live, Maschine, Pro Tools, Logic, FL Studio, GarageBand and more, allowing music creators to find, share and collaborate on music projects in their native (source) format. Wu Tang uploaded the session files for the new song, entitled “So Many Detailz”, in the three popular formats on Blend: Ableton Live, Pro Tools and Logic. Blend members will have access to original building blocks of the track, so they can take the song in new directions. Grant explains that Wu Tang is looking for inspired remixes of their own material.

The new track features Turnpike Ike, Mc Kash and Chunky, young rappers from the neighborhood where Wu Tang was founded. The hope is that Parental Advisory will help kick start the careers of some new Staten Island born rappers, but it will also rely on platforms like Blend to reach out to a much wider talent pool. “We’re gonna go through them and pick out the best remixes to make an EP,” says Grant. “We’re looking to be shocked, whether it’s EDM, or whatever version it is. It may be Switzerland, a guy who wouldn’t be on the hip hop music sites, but he’s going to be on Blend, checking out what’s new.”

Blend has been the platform for the launch of tracks by other well-known musical acts, including Moby, who recently said: “The digital present we live in, you can’t control things, can’t lock them down. The best way to make a living as musician, I find, is to set this stuff free and let the love come back to you.” Wu Tang’s Grant has a similar mindset when it comes to giving away the sessions from Parental Advisory. Rather that fighting technology out of fear, the mindset is to embrace it and tap into the collective global talent that technology helps bring together.