Radio Facts: Cedar Street Courtyard Concert Series Sponsored by HOOCH, with a performance by Rick Ross. Please let me know if you are able to highlight.
Last night March 13th, HOOCH, the subscription based cocktail app that has taken NYC, LA and now Austin by storm, presented the Cedar Street Courtyard concert series as part of HOOCH’s official Austin launch during SXSW. Guests who downloaded the HOOCH app received VIP access to the concert and received a complimentary drink from the bar! HOOCH members were treated to a special performance by rapper Rick Ross, who performed his hits such as Hustlin, You Know I Got It, and B.M.F (Blowin Money Fast), while San Antonio Spurs star Kyle Anderson looked on. 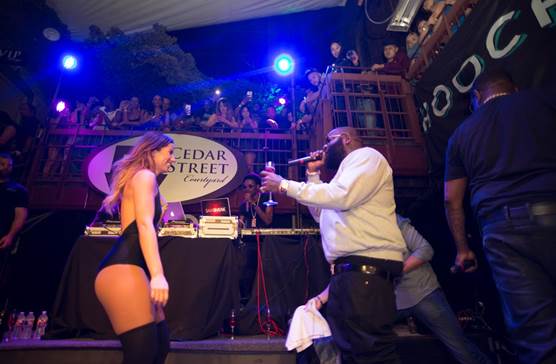 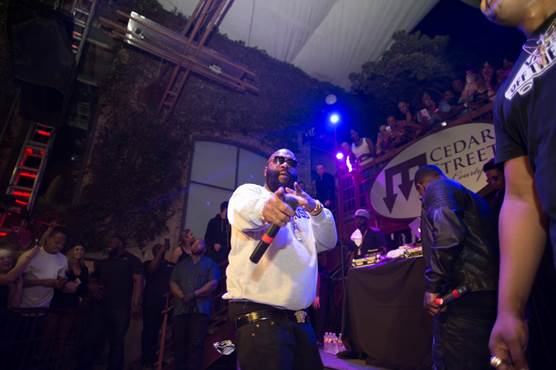