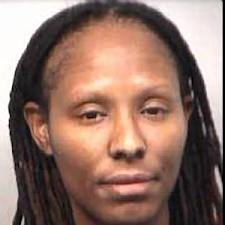 What is the deal with these athletes  and their volatile relationships. WNBA legend Chamique Holdsclaw has finally been hit with criminal charges for allegedly firing a gun at her ex-GF’s car last year and a jury finds her guilty, she could face up to 65 years in prison.Last year Holdsclaw  was arrested in Atlanta last year for a violent encounter with ex-girlfriend Jennifer Lacy. According to the police report, 35-year-old Holdsclaw attacked Lacy’s car with a baseball bat and then fired a gun inside the vehicle while Lacy sat in the driver’s seat.Now the WNBA superstar, Holdsclaw has officially been charged with 6 crimes, including 2 counts of aggravated assault, 2 counts of criminal damage in the second degree, 1 count of criminal damage in the first degree, and possession of a firearm during the commission of a felony.

HassahnFebruary 6, 2014September 18, 2022
February 6, 2014September 18, 2022
FacebookTwitterInstagramYoutube
We use cookies on our website to give you the most relevant experience by remembering your preferences and repeat visits. By clicking “Accept”, you consent to the use of ALL the cookies.
Do not sell my personal information.
Cookie SettingsAccept
Manage consent