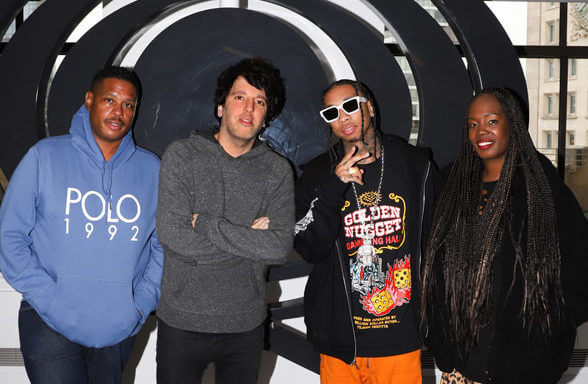 On the heels of the biggest year of his career, the Los Angeles legend joins the label’s powerhouse roster and will debut new music under the newly minted deal very soon. The news follows a season of great success fueled by the six-times platinum Hot 100 smash “Taste” [feat. Offset] and Tyga’s latest independent album, Legendary, which is certified gold.

George Floyd and the Officer who Killed him, Derek Chauvin, Worked at the same Club for 17 years

107.5 WBLS, Circle Of Sisters and Hot 97 Present A Virtual Town Hall: COVID-19 & Its Impact on Communities of Color

The Former Police Officer Derek Chauvin Who Killed George Floyd, had 18 Prior Complaints

SHELTER IN PLACE WITH SHANE SMITH

Should Police Eliminate “Knee on the Neck” Procedure?

Mysonne Speaks On Minneapolis Riots After The Killing Of George Floyd