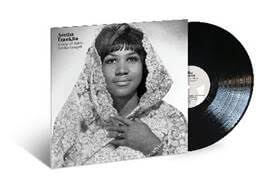 The Queen of Soul once said, “Being a singer is a natural gift. It means I’m using to the highest degree possible the gift that God gave me to use. I’m happy with that.” Anyone who had the opportunity to hear Aretha Franklin sing live, we were happy with her gift as well.Today we mourn the loss of Aretha Franklin, our beloved Queen of Soul. Franklin was the  first woman to be inducted into the Rock & Roll Hall of Fame. Aretha gave us classics like “Respect,” “Chain of Fools,” and many more, not to mention her many legendary performances.  Back in 2015 she brought President Barack Obama to tears with an awe-inspiring performance.The Queen died on Thursday morning at her home in Detroit. She was 76 years old. Franklin died of advanced pancreatic cancer, the singer’s publicist said in a family statement.”In one of the darkest moments of our lives, we are not able to find the appropriate words to express the pain in our heart. We have lost the matriarch and rock of our family,” the family said.Earlier this week, members of her family let the world know Aretha was “gravely ill.”Comments from celebrites and people all over the world started pouring the moment it was announced that Aretha Franklin was close to death.Ava Duvernay tweeted,“Looking out on the morning rainI used to feel so uninspiredAnd when I knewI had to face another dayLord, it made me feel so tiredBefore the day I met youLife was so unkindBut you’re the key toMy peace of mind.”Her voice/swagger was peerless.Thank you, #ArethaFranklin”Several people visited Franklin at her Detroit home prior to hear death, including the legend, Stevie WonderBeyoncé and Jay-Z paused their Detroit concert on Monday after the show’s opening song “Holy Grail” to pay a small tribute to Franklin.“This show is dedicated to Aretha Franklin,” Beyoncé said. “We love and thank you.”The Queen has so many accolades, there are two many to list but she won international acclaim for singing the opera aria “Nessun dorma”, at the Grammys of that year replacing Luciano Pavarotti. Later that same year, she scored her final Top 40 recording with “A Rose Is Still a Rose”.Franklin’s other popular and well known hits include “Rock Steady”, “Jump to It”, “Freeway of Love”, “Who’s Zoomin’ Who”, “Chain Of Fools”, “Until You Come Back to Me (That’s What I’m Gonna Do)”, “Something He Can Feel”, “I Knew You Were Waiting (For Me)” (with George Michael), and a remake of The Rolling Stones song “Jumpin’ Jack Flash”.Franklin has won a total of 18 Grammy Awards and is one of the best-selling musical artists of all time, having sold over 75 million records worldwide.Franklin has been honored throughout her career including a 1987 induction into the Rock and Roll Hall of Fame, in which she became the first female performer to be inducted. She was inducted to the UK Music Hall of Fame in 2005. In August 2012, Franklin was inducted into the GMA Gospel Music Hall of Fame.Franklin is listed in at least two all-time lists on Rolling Stone magazine, including the 100 Greatest Artists of All Time, and the 100 Greatest Singers of All Time.She may be gone in a physical sense but her legacy will live on. We love you Queen! Rest in Peace, Power, and Prosperity!.

Usher to appear on Oprah’s Master Class and…

Miguel Wakes His A$$ Up w/ The Breakfast Club Radio Show

Nick Cannon Returns to Radio After Hiatus of Reflection