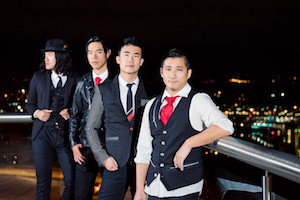 On Monday, June 19, 2017 the Supreme Court of the United States of America unanimously – 8-0 – affirmed the United States Court of Appeals for the Federal Circuit’s ruling that The Slants have the right to register their trademark, ending a nearly eight-year battle for the Portland, Oregon rock band in their pursuit to trademark their name.

In response to the SCOTUS victory, on Tuesday, June 20, 2017 The Daily Show with Trevor Noah ran an interview with The Slants, profiling the band and their trademark fight, which can be viewed at: https://www.cc.com/video-clips/vefrhm/the-daily-show-with-trevor-noah-the-right-to-discriminate-against-yourself

The Slants – consisting of vocalist Ken Shima, guitarist Joe X. Jiang, and founder/bassist Simon Tam (whose stage name is Simon Young) – are an all Asian-American rock band, located in Portland, Oregon, who formally applied for a trademark in 2010, but a trademark examiner rejected the application, stating that “The Slants” was a disparaging term, using sources like UrbanDictionary.com as evidence. In 2011, Tam filed a second application, but was rejected again under Section 2(a) of the Lanham Act.

After numerous appeals and arguments in court, the band finally prevailed on December 22, 2015, with the United States Court of Appeals for the Federal Circuit ruling that The Slants have the right to register their trademark. In a decision with national implications on free speech, the appeals court ruled that the U.S Patent and Trademark Office and Department of Justice violated the band’s First Amendment rights. In a 9-3 vote, the appeals court struck down the “disparagement” portion of the Lanham Act, a 1946 law that allowed the Trademark Office to deny marks that could be considered “scandalous, immoral, or disparaging.” Writing for the opinion, Judge Kimberly Moore stated, “Courts have been slow to appreciate the expressive power of trademarks… Words – even a single word – can be powerful. Mr. Simon Tam named his band The Slants to make a statement about racial and cultural issues in this country. With his band name, Mr. Tam conveys more about our society than many volumes of undisputedly protected speech.”

Michelle K. Lee’s, the Under Secretary of Commerce for Intellectual Property and Director of the United States Patent and Trademark Office (USPTO) responded by petitioning the Supreme Court on Wednesday, April 19, 2016. SCOTUS responded on Thursday, September 29, 2016, agreeing to hear The Slants’ (In Re Tam) trademark case. Conversely, the justices announced on October 3, 2016 that they were declining to hear the Blackhorse v Pro Football trademark dispute, rejecting an appeal from the Washington Redskins. 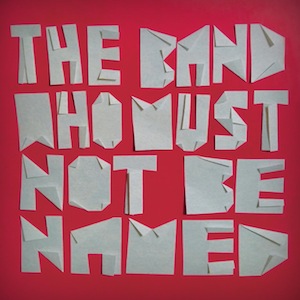