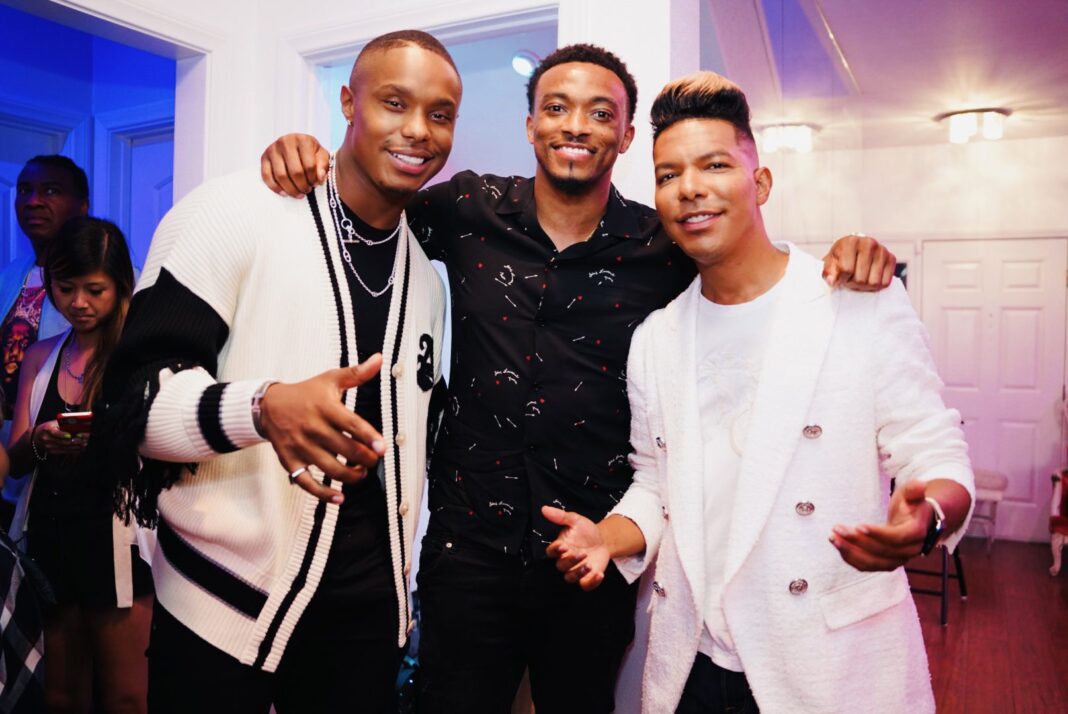 Famed recording artist and celebrity vocal coach Stevie Mackey celebrated Black Music Appreciation Month (June) and the re-opening of Los Angeles, by hosting one of his infamous “Taco Tuesday” musical live events on Saturday, June 26th. Held at his home in Los Angeles, over 1,000 people attended to celebrate the power of music with Stevie Mackey. VIP’s in attendance included: Jennifer Lopez, Brandy, Syrai Smith, Leslie Jones, Lena Waithe, Cynthia Erivo, Tamar Braxton, Keke Palmer, Avery Wilson, Jonathan McReynolds, Amber Riley, Shelea Frazier, Steve Jones and more. Having just released his first solo project The Most Wonderful Time with a lead single and music video featuring Jennifer Lopez, all eyes remain on Mackey as the premiere vocal coach with his hands on the pulse of music and pop-culture. “I feel very lucky to be able to do what I love as my career. Bringing people together at events like this, and helping singers reach the next level is my favorite thing to do!”

Share
Facebook
Twitter
Pinterest
WhatsApp
Previous articleCumulus Nashville’s 104.5 The Zone Launches New Podcast, “3 The Pro Way” on How to Move From One Career to Another Successfully
Next articleSWIZZ BEATZ ACCEPTS THE ICON AWARD AT THE 5TH ANNUAL CULTURE CREATORS “INNOVATORS & LEADERS” AWARDS BRUNCH IN PARTNERSHIP WITH YOUTUBE

Prayers Up For Kirko Bangz Who’s Mourning The Loss Of His...

GIVĒON’S MUSIC VIDEO FOR “STUCK ON YOU” OUT NOW