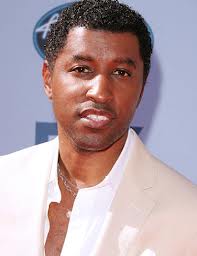 Clive Davis, Kenny “Babyface” Edmonds, Jimmy Jam, Trevor Rabin (composer and vocalist of Grammy Award-winning group Yes) and music and entertainment industry giants committed to fighting cancer, HIV/AIDS, diabetes and other life-threatening diseases will take part in Songs of Hope VIII, a special event and silent auction that supports lifesaving research at City of Hope. Held at Rolling Stone’s exclusive House of Rock in, Santa Monica, Calif., the Oct. 18 event will be emceed by Jimmy Jam and feature an intimate performance by Edmonds. Recognizing their amazing careers as songwriters and composers, the Songs of Hope VIII award recipients will include the:Clive Davis Legend in Songwriting Award presented to EdmondsElectronic Arts Composer Award presented to RabinThe exclusive Songs of Hope silent auction features rare and one-of-a-kind music and film experiences and autographed items, including the opportunity to bid on original sheet music to “Lay Lady Lay” autographed by Bob Dylan; lithographs of John Lennon’s “On Cloud Nine” and “Ongakuku” (“Musician”); a Takamine guitar signed by the Eagles; autographed scores for “Hunger Games” and “Game of Thrones”; a guitar signed by Maroon 5; conductor’s lead sheets for the Bobby Darrin song “That’s All” with his notes; 4-person VIP scoring session experience with Danny Elfman for the movie “Oz: The Great & Powerful”; a Slash-signed guitar; and access to sound check, meet & greet, and VIP tickets to a Paul McCartney concert, to name a few.David Renzer, president of Music Ventures at Saban Capital Group and co-event chair of Songs of Hope VIII, said, “Since its inception, Songs of Hope has been a unique event that has attracted tremendous support from the songwriter, publisher, music and entertainment industry. It’s great to see that tradition of philanthropy continue with Songs of Hope VIII, and a big thanks to our partners at House of Rock.””I am thrilled to be able to support City of Hope’s incredible research and lifesaving treatment by co-chairing Songs of Hope VIII, which has always been one of the most enjoyable music industry events,” said Doug Davis of The Davis Firm, co-event chair of Songs of Hope VIII.”It’s an honor to continue to be associated with the City of Hope whose sole purpose it is to better the quality of the lives of the people it touches,” said Evan Lamberg, Songs of Hope VIII co-event chair and president, North America, Universal Music Publishing Group.”The generosity of the music and entertainment industry allows City of Hope to create longer and healthier lives for people everywhere,”said Britta Bucholz, senior director of development at City of Hope.Guests will enjoy a cocktail/hors d’oeuvres reception and the ambiance of the exclusive House of Rock ““ a historic estate transformed into an unparalleled, exclusive media, pop culture, and live music experience.Prior honorees and participants at Songs of Hope have included Ne-Yo, Desmond Child, Stevie Wonder, Will.i.am, Mark Mothersbaugh, The Doobie Brothers, Swizz Beats, Jermaine Dupri, Dave Stewart, Glen Ballard,Lionel Richie, Gavin DeGraw, Colbie Caillat, and many others.Songs of Hope VIII music and entertainment platinum and presenting sponsors include Clive Davis,American Express,Electronic Arts, Peer Music, Sony/ATV Music Publishing, Spotify, Universal Music Publishing Group, Stiletto Entertainment and VEVO.To date, Songs of Hope has raised over $2 million for City of Hope.