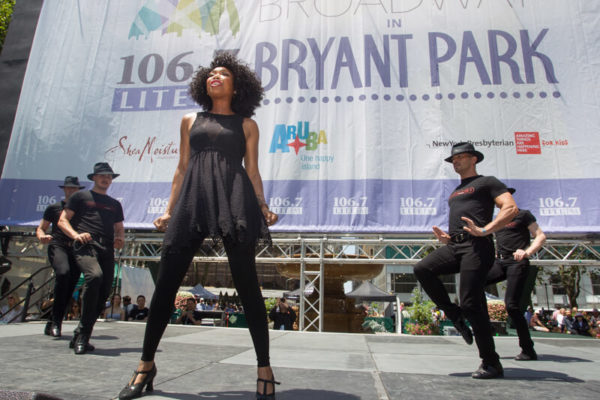 Today, New Yorkers spent a beautiful afternoon outside enjoying the second week of 106.7 LITE FM’s Broadway in Bryant Park, a free lunchtime series featuring On- and Off- Broadway performances throughout the summer. The second edition of the series was emceed by 106.7 LITE FM’s fan-favorite personality Christine Nagy alongside 39 Steps.Recording artist Brandy Norwood (known for hits such as “What About Us?” and “Talk About Our Love”) performed at the event with the cast of CHICAGO! The cast stole the stage and closed the show with hits “Roxie” and “All That Jazz.”The show began with the cast of SISTAS: THE MUSICAL, who impressed fans with a Motown Medley and “We are Family.” MAMMA MIA! performed a medley of hits including “Mamma Mia!,” “Dancing Queen,” and “Waterloo” to the delight of the crowd. Then the cast of FINDING NEVERLAND wowed fans with “All that Matters” and “Stars.”Next Thursday, make sure to catch KINKY BOOTS, BEAUTIFUL, PHANTOM OF THE OPERA and SAYONARA as they take the stage for the THIRD week of 106.7 LITE FM’s Broadway in Bryant Park next Thursday, July 23rd. 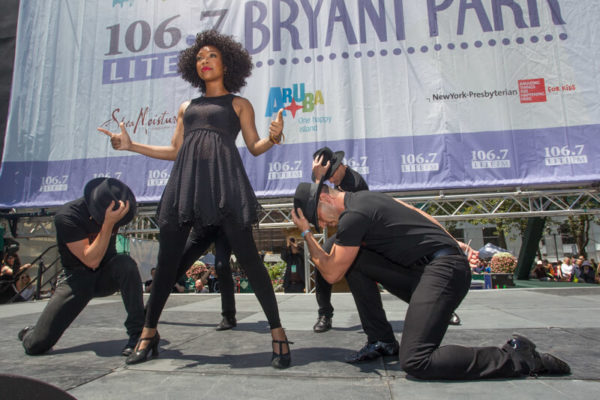 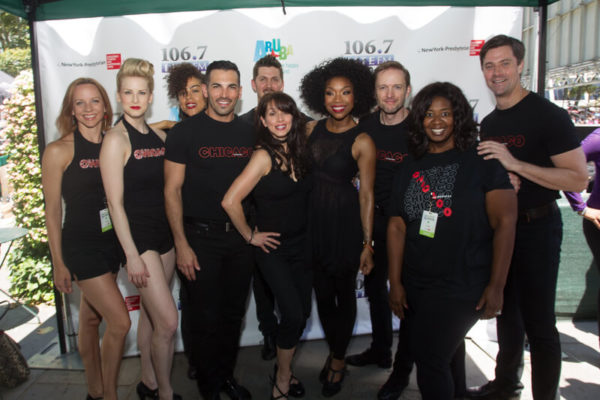 Entercom Announces Update To Programming Lineup For 106.7 The Fan In Washington D.C.

Cardi B Calls It Off with Offset | See, The Thing Is

Did Rosenberg Just Challenge Kanye West To A Fight?!