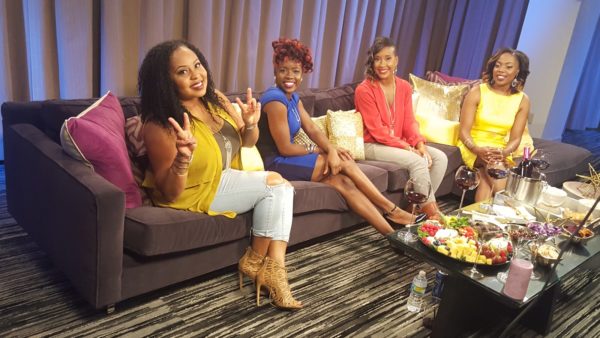 This Sunday, December 13 at 11:30 am, four Houston women will share their diverse perspectives in a nine-hour special broadcast during the Being Mary Jane Season 3 marathon. The program titled, The Real Talk Back will feature intimate conversations with some of Houston´s leading ladies in media, philanthropy and marketing. BET Networks describes the show as, “Provocative pods that will take place throughout the course of the show, engaging the viewer not only through the content of the show but also, through the conversation of the women. During the “Being Mary Jane” marathon, a group of smart, educated, well traveled, funny, engaging women with diverse opinions will say everything you’re thinking – or thought, but didn’t want to say – during the broadcast.”
The women featured include:
Sky Houston, a radio, television and online personality and author, who can be heard weekly by an audience of 1.5 million on Houston’s KMJQ-FM (Majic 102.1) and KBXX-FM (97.9 The Box). With a grounded sense of purpose and disarming approachability, her multi-media talents set her on a path to unlimited opportunities and influence. She´s a mother and a true champion for women who wish to live full lives.
Ayana Mack, also a multimedia extraordinaire, is a radio personality at NGEN Christian Radio & Christian Hip-Hop Radio Online and the host of her own, online show “H-town Foodies.” She´s a mother, wife, and considers herself the “Cajun Style” of Christian radio; a little spicy, adds loads of flavor, and absolutely has lots of sass.
Jillian “JJ” Simmons, uses her passion for the” mommy experience” to motivate other single mothers through her network and website SingleMomsRock.com. Although she has always had an innate desire to empower others, raising a daughter has deepened her desire to foster change in the lives of women, and inspired her to give birth to JJ’s I’m Me Foundation. She´s a veteran radio host and can be heard Monday through Friday from 10 am to 3 pm on and 97.9 The Box Houston (KBXX-FM).
Ashley Small is the founder of Medley Inc., the Houston brand development company, where she specializes in helping organizations reach diverse markets through brand development, social media and public relations. She´s committed to the advancement of women in entrepreneurship and can often be found on and offline advocating for the advancement of black girls around the world.
Houston was chosen as the host city for the pre-recorded broadcast because it ranks as one of the highest cities in viewer ratings for the show Being Mary Jane. The four women featured were drawn to the opportunity because of the relatable characters, whom they feel accurately portray what it’s like to be a woman of color in demanding career fields, while also juggling family and parenting.
“I think we all gravitated towards this show and this project, because the characters are multidimensional and we see a bit of ourselves in each of them. I personally, know many Mary Jane’s and sometimes I feel just like her. I can fully relate to Kara, and although I’m not a mother, I’ve had to make the tough decision to put my career first on many occasions. All of the women on the show just want to achieve greatness and in reality, the journey can be overwhelming- especially when you factor in dating, family, mental health and a vast range of other societal challenges,” said Small. “We’re grateful for BET and Mara Brock Akil for telling our stories and getting it right.”