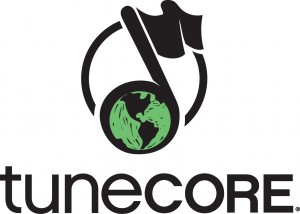 TuneCore, the premier digital music distributor, announced today partnerships with two of the world leaders in music identification technology – Gracenote and Shazam. TuneCore Artists will now have the option to add their music to Gracenote and Shazam music registries, which will audio fingerprint their music. This will greatly increase the artists’ exposure to more consumers who are looking to discover new music, by providing information such as artist name, track title and links to purchase the song.“One of TuneCore’s top priorities is to continue to increase and enhance the number of channels for getting our artists’ music in front of music-buyers worldwide. Our new partnerships with Gracenote and Shazam, and the integration of the artists’ music with their respective technologies, brings music discovery to an entirely new level, increasing the opportunity for artists to earn more revenue from the downloads and streams of their music from store partners including iTunes, Amazon MP3, Rdio and Spotify,” says Scott Ackerman, TuneCore COO.Gracenote has analyzed and created metadata describing almost every album and song on the planet. This data is combined with Gracenote music recognition technology to power the world’s most popular music platforms, apps and services, including iTunes, Ford Sync and Sony BRAVIA TVs. Today, the Gracenote database receives more than 500 million queries every day and more than 15 billion every month – making it one of the highest trafficked music data sources in the world.Jon Davies, Shazam Music Partnerships Manager, says, “We’re pleased to announce our partnership with TuneCore that will allow their artists to add their music to Shazam’s library of over 30 million tracks, giving Shazam’s 350 million worldwide app users the ability to hear, tag, discover and purchase music from TuneCore artists.”Shazam technology recognizes the music and media playing around the consumer.With a tap of the Shazam button on the listener’s device, the song is tagged, which reveals the album, track and artist names. Shazam results include direct links to purchase the track from stores like iTunes and Amazon MP3, as well as streaming service Rdio.To better manage the growing number of TuneCore Distribution partner stores and to optimize the artist’s revenue-earning potential, TuneCore has launched a new online tool, Store Manager. The tool provides artists the ability to select and add additional stores (like Gracenote and Shazam) to their existing TuneCore releases, all in one step. By using the Store Manager tool, TuneCore Artists maximize their worldwide reach and access to new fans to buy their music.TuneCore’s partnerships with Gracenote and Shazam, along with the new Store Manager product enhancement, further demonstrates the quality service, support and commitment that the artist community has come to expect from TuneCore.