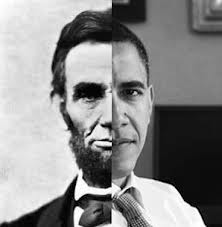 After 148 years and the United States currently under the direction of it’s  first African-American President serving his second term, Mississippi has finally ratified the 13th Amendment, which bans slavery. Apparently, Dr. Ranjan Batra, associate professor of neurobiology and anatomical sciences at the University of Mississippi Medical Center, saw Steven Spielberg’s acclaimed film Lincoln last November and was moved to search into Mississippi’s past.The 13th Amendment received the three-fourth’s vote it needed to pass from Congress in January 1864. In the following years, the states who voted against ratifying the amendment took measures to pass it. While researching, Batra noted an asterisk beside Mississippi that represented the state having ratified the amendment in 1995, but it was never made official by a U.S. archivist.After being moved by the movie Lincoln, Batra contacted the office of Secretary of State Delbert Hosemann. Also moved by Dr. Ranjan’s passion, Hosemann agreed to file the paperwork, and the ratification became official on February 7, 2013.Just a little more history about the amendment that changed the course of history: The Thirteenth Amendment to the United States Constitution outlaws slavery and involuntary servitude, except as punishment for a crime. It was passed by the Senate on April 8, 1864, by the House on January 31, 1865, and adopted on December 6, 1865. On December 18, Secretary of State William H. Seward proclaimed it to have been adopted. It was the first of the three Reconstruction Amendments adopted after the American Civil War.