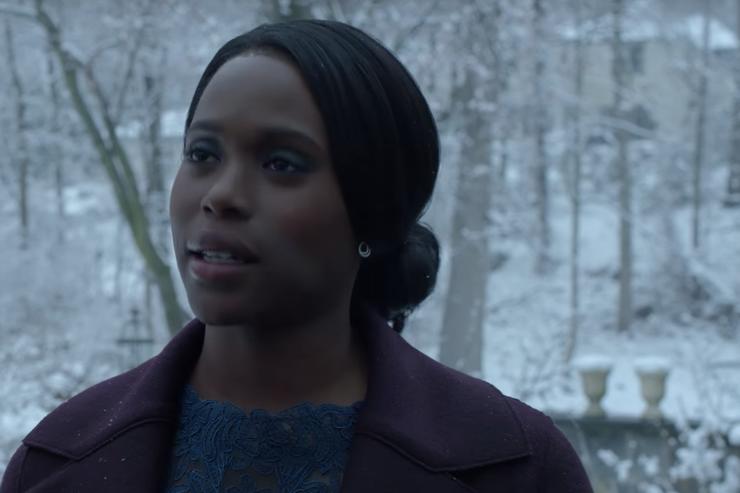 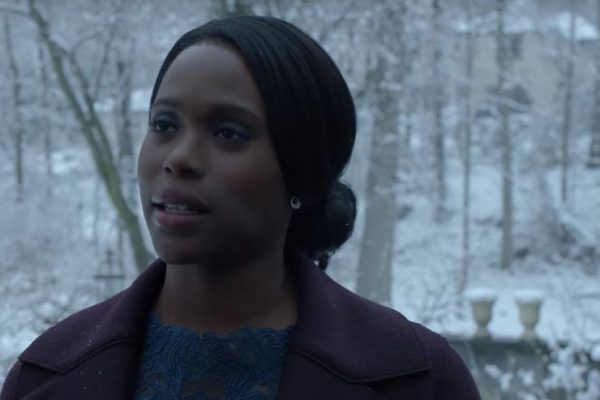 Dives Deeper into Relationship Between Police and the Black Community

A life where you can walk up and choose what you want and not have it brought to you. This is why I turned cable off a couple of years ago. Recently I made the mistake of turning it back on when it was offered to me almost free of charge but I almost immediately turned it back off when I saw the programming and the barrage of commercials that irritated me to no end.

Free or variety doesn’t mean worthy if you are not getting what you want and It’s very difficult to go back to regular TV once you truly appreciate the advantages of digital. When people get what they really want they will pay for it and even pay EXTRA for it if they have to.

Every now and then when I have time to watch TV,  I’ll find a great series on one of the digital networks. This time it was Netflix, one of my favorite digital networks. They never fail to deliver. There is a certain hunger and drive to deliver quality in original programming that is absent in commercial TV.

This week, I came across a really great series called Seven Seconds. I’ve always liked Regina King and I used to see her at the gym all the time. I have a very interesting story to tell about her at the end of this review.

Tensions run very high in Jersey City after a white police officer accidentally hits and critically injures a black teenager who lies in a ditch bleeding to death after he is hit.

The teenager is in a known gang den/park in the city and all the prejudices of our society come into play during the series. Dangerous assumptions and stereotypes are anything but the truth.

At the scene, one of the other crooked police officers convinces the rookie police officer, that killed the boy, to leave and act like nothing ever happened. They will cover it up for him.

The irony of the story is that Regina King’s character is a very concerned teacher who looks out for other people’s children which brings on and conveys enormous guilt that she was not there for her only son.

I don’t want to give away all the twists and turns that come along as the movie progresses but it’s got all the elements of the black community in it and the black community’s often soured relationship with the police is prevalent.

In the black community, there are several things we never like to discuss or deal with especially when WE are at fault. Perhaps because of our history in this country, we are often more comfortable pointing the finger than looking in the mirror at the wrong that we do (especially to each other) but in this movie, many of those things are blatantly pointed out along with our refusal to accept and deal with them head-on.

These things are exceptionally portrayed by the man who plays Regina’s husband Russell Hornsby. The journey to responsibility, acceptance, and self-acceptance is probably the most admirable and obvious element in this series. Something that ALL the characters face in the series which is what makes this such a great effort.

I was unable to get my work done as I constantly got sucked back into the Vortex of watching this amazing series back to back to back.

I have to give credit to the great actors in the series who played very convincing roles first and foremost Regina King who is an amazing actress Clair-Hope Ashley who at first I wasn’t convinced on but then I realized that she actually did a great job as well playing and living up to the enormous pressures and guilt of being a Black prosecuting attorney. Russell Hornsby did a great job as Regina’s husband and father to the boy who was killed.

David Lyons did a great job and was very convincing in his role as the crooked cop, I truly did not like him, and Beau Knapp who did an excellent job in the role of the rookie cop who ran over the boy but felt guilty and wanted to take responsibility for what he had done before being adopted by the older corrupt police officers in the series system.

The thing I wanted to tell you about Regina King is it about 10 years ago and I came back to LA from Atlanta, one of the worst mistakes of my life, I was climbing up from the gutters of rock bottom. I was fresh off the lowest point of my life and I went to an industry event and I felt like the odd man out.

I was lost. Being away from LA for just a month is drastic as things rapidly change and it’s easy for people to forget about you.

Regina King was the nicest person in the room to me. She has a great heart and she made me feel welcome.

She was very kind at a time when I needed people most and I will never forget that. I never brought it up to her when I saw her at the gym several times after that but you never know what people are going through and how your kindness can lift someone who may really need it. Thank God I’m back on track and all is well now but I learned a great lesson from her.

Selfishness is the root of all evil. It takes very little effort to be kind to people, you never know what they are dealing with.  Watch this movie and let me know what you think. The great thing about this series is … there’s more to come but the first season was excellent.

Linda Fairstein Sues Ava Duvernay because 'When They See Us' equals...

Anita Baker Asks Fans Not to Buy Her Music