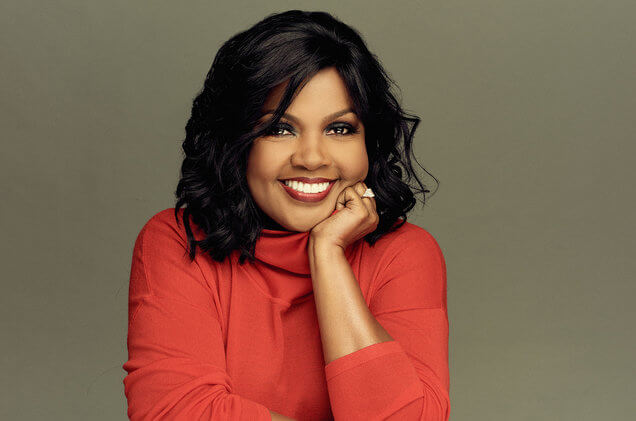 “It’s important for music fans and listeners to learn how much gospel music serves as the foundation for so many other music genres.”

A new radio documentary that explores the history of black gospel music and illustrates its significant influence on the formation of rock and soul music will be broadcast by US radio stations in February, during Black History Month.

Hosted by GRAMMY award-winning gospel singer CeCe Winans, Gospel Roots of Rock and Soul is produced by Philadelphia public radio station WXPN and distributed by NPR. Through in-depth interviews with artists and dozens of songs (including many archival selections), the four-hour documentary illuminates the profound impact that gospel music has made on popular music.

The Gospel Roots of Rock and Soul documentary is the culmination of WXPN’s year-long project of the same name, that featured prominent gospel and contemporary music artists, historians, and experts contributing their research and insights to a media-rich website (xpngospelroots.org), in addition to a series of sold-out gospel music concerts, film screenings, and panel discussions. The project and radio documentary are supported by a grant from The Pew Center for Arts & Heritage.

“The project demonstrated the enormous role that black gospel music played in the birth of rock and roll, and its continuing influence on popular music genres, including soul and R&B,” said Co-Executive Producer and WXPN Assistant Station Manager for Programming Bruce Warren. “The radio documentary explores these connections as a way of re-instituting gospel’s central place within the history of American popular music.”

Host CeCe Winans said, “Gospel music’s influence on early R&B, soul, and rock and roll is significant, and the stories we tell and share in the documentary wonderfully illustrate that. It was a pleasure working on the documentary – there is so much richness, detail and respect for the history that went into the making of it. As a gospel musician myself, it’s important for music fans and listeners to learn how much gospel music serves as the foundation for so many other music genres.”

The Gospel Roots of Rock and Soul documentary consists of four one-hour segments, and starts with the history and foundation of black gospel from spirituals, and how those songs informed the music of the great gospel quartets. In examining how rock, soul and R&B grew from the roots of gospel, it highlights such highly influential artists as Sam Cooke, who transitioned from gospel to secular music; Sister Rosetta Tharpe and her early rock stylings; and Elvis Presley, who helped expose white audiences to gospel music. Examples of some of the most beloved contemporary pop music of the last 60 years from artists such as Aretha Franklin, Paul Simon, and Ray Charles illustrate gospel music’s influence. Gospel Roots of Rock and Soul also features exclusive live performances recorded by WXPN within the last year from gospel groups The Fairfield Four, The McCrary Sisters, and The Dixie Hummingbirds.

Radio stations and markets where Gospel Roots of Rock and Soul can be heard during February include WXPN (Philadelphia/Harrisburg/Lancaster/York/North Jersey/Poconos), WRTI (Philadelphia), KALW (San Francisco/Oakland/San Jose), KUNC and the Colorado Sound (Denver), WMFE (Orlando), WEAA (Baltimore), and WKNO (Memphis), among others (check local listings). Numerous other radio stations will broadcast it at other times. It will also air during the World Cafe music program (produced by WXPN and distributed nationwide by NPR) during the first week of March.

Executive producers of Gospel Roots of Rock and Soul are Bruce Warren, who also is Executive Producer of World Cafe, and WXPN General Manager Roger LaMay. It is produced by Alex Lewis, an award-winning independent radio producer and musician whose projects include Going Black: The Legacy of Philly Soul Radio, among others.

For more information about Gospel Roots of Rock and Soul, visit https://xpngospelroots.org.