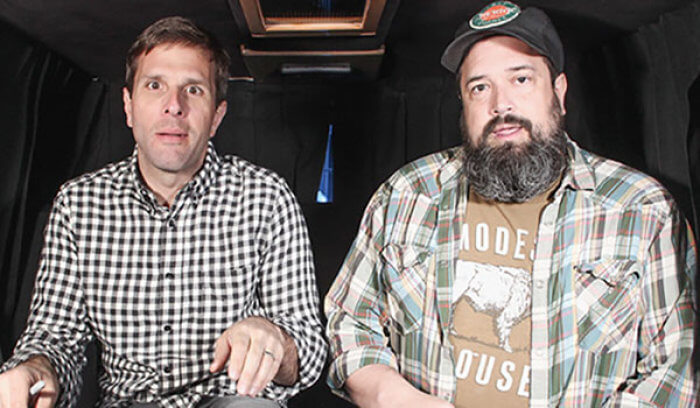 “Stuff You Should Know,” a podcast hosted by Josh Clark and Chuck Bryant

The leading HowStuffWorks podcast continues to captivate audiences with its witty explanation of everything under the sun“Stuff You Should Know,” an iHeartMedia podcast hosted by Josh Clark and Chuck Bryant in collaboration with HowStuffWorks, this month surpassed one billion downloads, making it the first-ever podcast to achieve this milestone and level of popularity. Launched in April 2008, the podcast has continuously educated listeners on a variety of topics in science, history, pop culture, urban legends, conspiracy theories and more. With over 1,000 episodes, a number of sold-out live events, a television season, and a new, streamlined version of the podcast titled ”ShortStuff,” the show and its riveting hosts have garnered a loyal following across the globe.Hosts Josh and Chuck started the show 10 years ago, both armed with a curious spirit and a passion for teaching. Initially, episodes lasted only a few minutes but quickly grew longer as the duo tackled more intensive topics ranging from dream control to zombies to acid rain. By explaining both complex and simple topics in a fun and relatable way, “Stuff You Should Know” had a strong following from the start, and it has since been atop the podcast charts. In addition to one billion all-time downloads, the show averages 30 million monthly downloads, making it one of the Top 3 podcasts in 2018.”’StuffYou Should Know’ was born out of a curiosity that Chuck and I both have about everything,” said Josh Clark, co-host of ‘Stuff You Should Know.’ “We aren’t experts on any of the topics we discuss on the show, we just happen to be good at talking together about what we’ve dug up and I think that makes the podcast accessible and enjoyable for everyone. Reaching one billion downloads has really validated what we’ve built over the past 10 years and it makes us excited about the next 10 too. It’s an amazing milestone for us and we’re grateful to all the listeners around the world who helped grow that number.”Over the past ten years, “Stuff You Should Know” has earned a number of notable accolades. In 2014, the show won aWebby Award in the Mobile Podcast Division and in 2017 was a finalist at the Shorty Awards. “Stuff You Should Know” has most recently been nominated for the inaugural iHeartRadio Podcast Awards in the Podcast of the Year, Best Curiosity and Most Bingeable categories.“In the last decade, podcasting has exploded into the mainstream, now producing some of highest-quality content in the world,” said Conal Byrne, President of the iHeartPodcast Network. “And one of the best parts about this medium is its listeners. The relationship between podcast creators and their audiences is like nothing else: intimate, authentic, passionate. These are the fans behind every one of these billion downloads. We are thrilled to be the first to reach this milestone, and we look forward to the next one billion.”