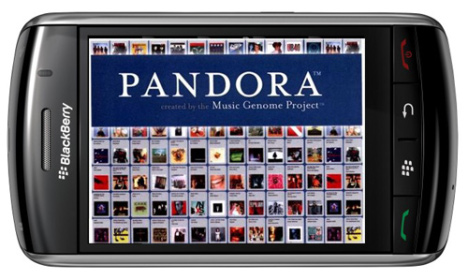 Pandora Debuts Multi-Year Toyota's “Legends & Icons” Campaign Across All PlatformsUnprecedented campaign links Toyota vehicles to musical genres and acclaimed performersPandora Media, Inc. today announced a dynamic, multi-year advertising campaign with Toyota Motor Sales, U.S.A., Inc., entitled “Legends & Icons,” that pairs Toyota vehicles with corresponding musical genres and artists. The “Legends & Icons” campaign will be the largest campaign in scope and span to ever run across all of the Pandora ® internet radio advertising platforms and will feature exclusive content from an expansive roster of internationally acclaimed and award-winning musicians.The national campaign launches on March 4, 2011 and runs through the beginning of 2013. The initial launch will target adults 18-49 and feature the tunes of the popular Top 40 genre station with advertisements for the Toyota Highlander. Each additional month will pair a different Toyota vehicle with a corresponding Pandora ® internet radio genre station. “Legends & Icons” will be featured across multiple Pandora ® internet radio platforms, including the web, mobile, iPad and via audio on consumer electronic devices. Other currently planned exclusive creative elements include video and curated mixtape stations created by the artists themselves that include never-before-heard audio content.The genres and their corresponding Toyota vehicles were guided by internal Toyota market research, which pinpointed the preferred musical tastes of the drivers in each of Toyota's expansive fleet of vehicles.”Pandora ® internet radio is the ultimate platform for brands to meaningfully and creatively deliver a resonant message to their desired audience. We have enjoyed working with Toyota on an innovative approach to connecting with drivers by leveraging their passion for music,” said John Trimble, Pandora ® Chief Revenue Officer.”Via “˜Legends & Icons,' Toyota aims to leverage the Pandora ® internet radio platform to reconnect drivers of all ages to the joy of discovering music,” said Kim Kyaw, senior media strategist for Toyota. “Pandora shares the same innovative and creative spirit as Toyota, making it the ideal partner for this enduring, multi-platform campaign.”In January 2011 at the Consumer Electronic Show, Toyota unveiled its all-new Entune technology with Pandora ® integration, which is compatible with the majority of smart and feature phones with a data plan. The first Toyota vehicles featuring Pandora ® internet radio will be announced later this year.Pandora is the leader in the internet radio space, with 80 million registered users who listen to the free, personalized radio service virtually everywhere they are via their smart phones, computers, iPads, Blu-ray players, and TVs.For more information about Legends & Icons, visit www.pandora.com/toyotalegendsandicons

Nick Saban on expectations for Mac Jones vs. Missouri | College...

What does this one alarming stat mean for Drew Brees? |...

Are Aaron Rodgers and the Packers the class of the NFC?...

Nick Saban on expectations for Mac Jones vs. Missouri | College...

What does this one alarming stat mean for Drew Brees? |...