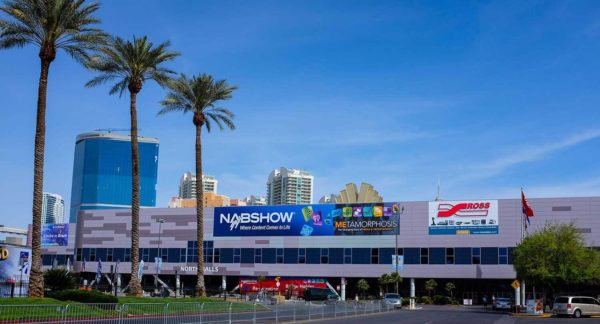 WASHINGTON, D.C. — NAB Show, the world’s largest annual conference and expo for professionals who create, manage, and distribute entertainment across all platforms, will feature extensive conference programing and exhibits on the latest trends in multiplatform content monetization, including advances in advertising technology,  developments in media measurement techniques and best practices for both traditional and digital advertising. The convention takes place April 11 – 16 in Las Vegas.

On Wednesday, April 15, NAB Show will host the Super Session “Achieving Advertising Agility,” produced in partnership with PriceWaterhouseCoopers (PWC), which will focus on how companies can achieve advertising agility at a time of peak innovation. The session, moderated by PwC’s marketing transformation practice lead John Swadener, will address the convergence of marketing and advertising technologies and how this is driving demand for new roles such as “Data Scientists” – who are gaining influence in organizations.

Also, the Broadcast Management Conference will feature several sessions on monetizing content and audience measurement: “Ask the Expert – Programmatic Monetization,” “On-Air + Online Audience Metrics” for radio, “Maximizing Mobile,” and the workshop “Driving Your Business With Data: Google Analytics for Audience and Advertiser Growth,” among others.

Opportunities in online advertising will be addressed in the sessions “Beyond Impressions: Online Video Advertising’s New Performance Metrics,” “How to Leverage Online Video’s New Influencers for Winning Brand Extensions,” and “Case Study: Monetizing Video in a Cross-Screen World” – all of which take place on Wednesday, April 15 during the Online Video Conference, which focuses on key issues facing original content providers seeking to monetize video in today’s multiplatform environment.

“With the dramatic shifts that are occurring in the media industry, advertising models are being challenged and revolutionized,” said Chris Brown, NAB executive vice president, Conventions and Business Operations. “Whether it be native, programmatic, or some yet-to-be-defined new approach, technology and new consumer habits are driving important developments in the revenue side of the business. It is more critical than ever that events like NAB Show shine a spotlight on these trends.”

The Broadcast Engineering Conference will feature sessions on leveraging ad-insertion technologies and methods to increase revenue, with “Ad Insertion for Multi-Platform Delivery” and “Cross-platform Ad-insertion Using HbbTV and MPEG-DASH” on Wednesday, April 15.

Other Info Sessions, which are open to all NAB Show attendees, include “WideOrbit Presents: Programmatic TV Is Here. Are You Ready for Broadcasting’s Next Big Thing?” on Monday, April 13, and “EY Presents: Ad Buying and Selling: Improving Relations and Optimizing Operations” on Tuesday, April 14.

An audio tour of the NAB Show exhibit floor will also be available, focusing specifically on advertising as it pertains to ad technology, big data, and analytics. This audio tour will showcase existing and emerging technologies, as well as how data is being leveraged to customize content experiences.

About NAB Show
NAB Show, held April 11-16, 2015 in Las Vegas, is the world’s largest electronic media show covering the creation, management and delivery of content across all platforms. With 98,000 attendees from 159 countries and 1,600+ exhibitors, NAB Show is the ultimate marketplace for digital media and entertainment. From creation to consumption, across multiple platforms and countless nationalities, NAB Show is home to the solutions that transcend traditional broadcasting and embrace content delivery to new screens in new ways. For complete details, visitwww.nabshow.com.