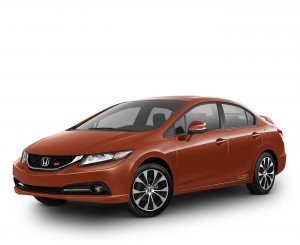 Honda-sponsored stages return to Sasquatch!, Governors Ball and Austin City Limits Music Festival- Festival attendees can enter to win a 2013 Civic Sedan and VIP festival passes- Music fans encouraged to connect with #HondaStage on social media channelsHonda returns to support the biggest music festivals of the summer with major sponsorships at three premier events: Sasquatch! (May 24-27) at the Gorge in George, WA, Governors Ball in New York City (June 7-9) and Austin City Limits Music Festival in Austin, TX, (Oct. 4-6; 11-13). As part of the festival support, Honda is offering the opportunity to win a 2013 Civic Sedan and VIP festival passes as well as the return of the popular Honda Photobooth. Honda is also encouraging attendees to connect with other music fans, share their festival experience, including photos, fashions, set lists and musings with the #HondaStage hashtag on social media channels in addition to Honda-branded Facebook and Twitter pages.”Here at Honda we are just as passionate about music as our owners and being a part of these festivals allows us to connect with them in an authentic way,” said Mike Accavitti, Senior Vice President of Auto Operations for American Honda Motor Co.,Inc. “Honda has been a mainstay at the biggest summer festivals for more than five years and once again, attendees can expect that the Honda Stage will host the best and brightest bands in the country.”Honda returns to the Sasquatch! Music Festival for the fourth year with platinum-selling artists Vampire Weekend and Primus 3D playing the Honda Stage. For the second year, Honda joins the Governors Ball Music Festival in New York City, with the Honda Stage featuring artists Pretty Lights, NAS, The Lumineers and The Avett Brothers. After years of consecutive of sell-out crowds, the Austin City Limits Music Festival expands to two weekends with Honda returning as a sponsor for the fifth consecutive year.For more information on the opportunity to win a 2013 Civic Sedan and VIP passes to Sasquatch!, Governors Ball or Austin City Limits Music Festival, visit https://Honda.us/Music. For complete rules on the 2013 Honda Civic Sedan giveaway, visit: .