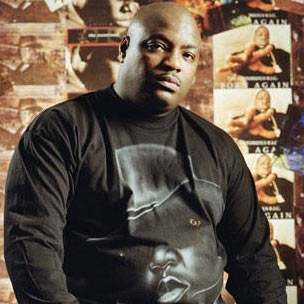 “Due to some personal circumstances that have become public, after 20 years of service, Mr Cee has chosen to resign.  We feel that this is in the best interest of both HOT 97 and Cee’s personal well-being. While we do not endorse the alleged activities, he is clearly facing a personal dilemma that is for him and only him to comment on. We are saddened by his departure; his contributions here at HOT 97 were great and we know him as a friend, a caring individual and significant hip-hop music advocate. We wish Mr Cee the best and will always consider him a family member of HOT 97.

Moments ago, he officially signed off, on the air and will finish out his last show today on September 11, 2013, an already sad day for New York City.”

Mr. Cee has been humiliated online as well as on and off the air for being arrested for allegedly picking up male prostitutes in some of more seedy areas of New York. He is married and has children and this did not sit well with many of the listeners of the Radio Station as well as many blogs and websites and perhaps many in the DJ community who appeared to be very quiet on the issue. He has even been asked if he was gay on the air which he refused to answer. In addition, several drag queens have exposed Mr. Cee online in videos as well as interviews for his alleged endeavors. It’s most unfortunate all the way around. See editorial on this in tomorrow’s edition of Radio Facts .