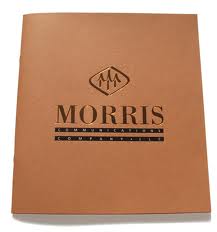 Morris Communications Company, LLC (“Morris”) urges the Federal Communications Commission (“FCC”) to follow through on announced plans to repeal the restriction on common ownership of newspapers and radio stations in local media markets.The rule was adopted in 1975, in a media marketplace that bears no resemblance to that of today. Its repeal will benefit the public by permitting combinations that will bring greater coverage of and involvement in local issues and causes, while bringing much-needed regulatory relief and encouraging investment in the newspaper and radio industries.Morris is one of the nation’s largest and strongest mid-sized, privately held media companies. Among its diversified holdings are newspaper/radio combinations in Topeka, Kansas, and Amarillo, Texas that are operated under waivers of the FCC’s newspaper/radio cross-ownership rule. Morris’ strong commitment to quality journalism, displayed by all of its owned properties, stems from its 200-year history in the newspaper publishing business.The breadth and depth of local news and informational coverage that Morris’ stations provide demonstrate the benefits that common ownership of newspapers and radio stations can deliver to the public. Unlike many radio stations today that do not have even a single reporter on staff, Morris’ cross-owned stations have multiple staff members devoted fully to covering local stories and issues. This translates into more and better news coverage for local radio listeners and increased engagement by stations in their local communities, and shows how allowing newspaper publishers to own radio stations benefits communities and improves the state of journalism.At a time when the newspaper and radio industries are struggling to compete with an ever-increasing array of multimedia competitors and many are forecasting the death of printed dailies, repeal of the newspaper/radio cross-ownership rule is necessary to level the playing field for publishers and broadcasters by permitting combinations that make sense for today’s listeners and readers.