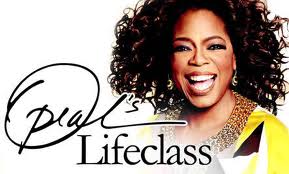 Looking at Chicago alone, there were more than 500 homicides in the city in 2012 and just in the first 11 days of January, more than 50 people have been shot. With mass shootings in Sandy Hook, Aurora and other places, there is definitely something going on with our society and young men in particular. Not all but an ugly trend is the absence of a father in the home for young men to look up to and many have been trying to figure out a way to aid our youth. Well, once again Oprah seems to be stepping up to the challenge to at least give the conversation some global attention.There are important conversations about men, masculinity, and fatherhood happening, and the nation’s media and political leaders are taking notice. On January 17 th, 2013, Oprah’s Lifeclass will be hosting Jeffery M. Leving, of the Law Offices of Jeffery M. Leving, Ltd., as well as the ManKind Project in a special show on fatherless sons.In 2012, The New York Times reported that a staggering 62 percent of young mothers have never been married, and one in every three children in the United States live without their fathers.The incredible pain fatherlessness causes reveals itself in many forms: children who grow up without their fathers are more likely to drop out of school, engage in violent and criminal behavior, and become addicted to drugs and alcohol.Leading the way to encourage fathers and men of all stripes to “step up” and embrace their important role in society is attorney Jeffery Leving, founder of the Fatherhood Educational Institute and Glenn Barker, Director of the ManKind Project.Oprah Winfrey invited Leving and Barker to be a part of Oprah’s Lifeclass after co-host and spiritual teacher Iyanla VanZant had this moving encounter with a fatherless son: Iyanla VanZant helps a fatherless son heal.The ManKind Project is a global network of men’s groups that offers mentorship programs to men at all stages of life and from all backgrounds. The program empowers men to live lives of emotional authenticity, personal responsibility, leadership, and service in the context of a supportive community. The Project promotes healthy masculinity for mature and modern men in rapidly evolving 21st century life.The Fatherhood Educational Institute and The ManKind Project would like to invite your news organization to cover this vitally important subject. In a time when gun violence, sexual violence, and economic disenfranchisement are on people’s minds like never before, and when so many children are struggling to find their way in a changing world without the insight and guidance of mature, caring men, America needs good men.Let’s give men and fathers the support and inspiration to be the role models, nurturers and heroes they have the potential to be.

Digital and Radio FactsApril 17, 2021September 17, 2022
April 17, 2021September 17, 2022
FacebookTwitterInstagramYoutube
We use cookies on our website to give you the most relevant experience by remembering your preferences and repeat visits. By clicking “Accept”, you consent to the use of ALL the cookies.
Do not sell my personal information.
Cookie SettingsAccept
Manage consent