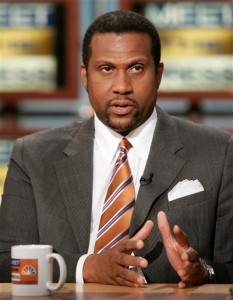 Three of Tavis Smiley’s producers purportedly resigned in unison this past Friday. Neal Kendall (executive producer), Luke Sader (talent producer) and Stephanie Storey (producer).   The production team was most recently responsible for Smiley’s “Visions for a New America” which aired live on C-Span January 17 from George Washington University.   It is not known whether the rather tepid media coverage prior to the broadcast or subsequent ratings impacted the departures. The alleged resignations ironically come during this, the tenth anniversary of the television program.