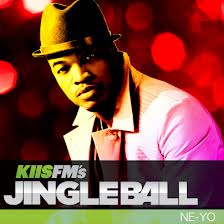 Z100, New York’s Hit Music Station, announced the much-anticipated, star-studded lineup for its annual holiday concert, Z100’s Jingle Ball 2012 , presented by Aeropostale on Friday, December 7, at 7:30 p.m. ET at Madison Square Garden. To commemorate the pop culture phenomenon, Mayor Bloomberg has issued a special proclamation officially declaring December 7, 2012 Z100’s Jingle Ball Day in New York City.This afternoon British boy band and pop sensation, The Wanted, joined Z100’s on-air personality, JJ, at Aeropostale’s Times Square store to officially announce the all-star lineup for Z100’s Jingle Ball 2012, which includes Justin Bieber , fun., B.o.B., Olly Murs, Taylor Swift , Jason Mraz , The Wanted, Ed Sheeran , Ne-Yo and One Direction. Special guest hosts include Elvis Duran of the “Elvis Duran and The Z100 Morning Show” alongside the entire Z100 family, with more to be announced.”Z100’s Jingle Ball is not only the ultimate holiday concert to experience, but also a time of year that listeners anticipate all season long,” said Sharon Dastur , Z100’s Program Director. “We are looking forward to delivering another amazing music event for our fans and listeners ““ Z100 Jingle Ball…the biggest stars…the biggest hits at New York’s concert event of the year.”Popular teen retailer Aeropostale returns as the presenting sponsor for Z100’s Jingle Ball 2012 “Music is a huge part of our customers’ lifestyle” said Scott Birnbaum, Senior Vice President of Marketing and Ecommerce. “We are excited to partner with Z100 to bring the hottest artists and biggest performances to our fans at this year’s Jingle Ball concert.”Tickets will be sold EXCLUSIVELY to ZVIP members via Ticketmaster starting Monday, October 22, at 4 p.m. ET . Listeners can register for FREE to become a ZVIP member by logging on to Z100.com, keyword: elvis. Additional tickets will be sold, as available, to the public beginning Tuesday, October 23, at 4 p.m. ET via ticketmaster.com.Z100’s Jingle Ball 2012 will kick-off with the action-packed Z100 & Coca Cola’s All Access Lounge, the official Z100 Jingle Ball 2012 pre-event celebration. The event, which is free to the public, will include performances by Z100 artists and meet-and-greets with fan favorites. Z100 & Coca Cola’s All Access Lounge will feature music as well as interactive displays from some of today’s hottest brands and products. The event will take place from 12-6:00 p.m. ET at Hammerstein Ballroom, 311 W. 34th St., New York, NY and will welcome fans of all ages.Also for the first time in Jingle Ball history, Z100 will host an exclusive Z100 Jingle Ball Viewing Party on Friday, December 7 at The Theater at Madison Square Garden. Attendees will celebrate in style as they tune in to Z100’s Jingle Ball concert extravaganza as it streams LIVE from Madison Square Garden to the neighboring Theater. Z100’s Jingle Ball Viewing Party will include special guest hosts, musical performances and visits from fan-favorite Z100 Radio DJs all night long. Tickets will be sold to the public beginning Monday, October 29, at 4 p.m. ET via ticketmaster.com.Each year Z100’s Jingle Ball gives back to the community to celebrate the holiday season. A portion of ticket sales will benefit the Z100 Jingle Ball 2012’s official charity partner, the Texting Awareness Foundation, a not for profit organization that was created in an effort to educate and remind people about the dangers of texting and driving.”It is an honor to be selected as Z100 Jingle Ball 2012’s official charity partner,” said Rocco Panetta Founder and Executive Director of The Texting Awareness Foundation. “We are thrilled to be raising funds through such a coveted holiday event and to spread awareness of the dangers of distracted driving. In an effort to save countless lives through The Remind You Campaign we encourage drivers every second of every day to stop and think if, ‘it can wait, is it worth a life?”To build momentum for Z100’s Jingle Ball 2012 and spread some additional holiday spirit, Z100 will host “Jingle Ball All the Way,” a lineup of themed events throughout New York City for its legion of fans. Z100 Radio DJs and Z100 Party Patrol will be on-site to entertain attendees with the latest tunes from Z100, New York’s Hit Music Station, free food, games and the chance to win tickets to this year’s coveted event, Z100 Jingle Ball 2012. Jingle Ball All the Way events include:Dance and bowl – Friday , November 2 , from 6-8:00 p.m. ET at Club 300 for some dancing and bowlingEat and play – Friday, November 9, from 6-8:00 p.m. ET at Dave & Buster’s Times SquareRock out – Thursday, November 29, from 6 -8:00 p.m. ET at Hard Rock Cafe Times Square.Tickets are available by listening to Z100 or going to Z100.com. For up-to-minute information on Z100’s Jingle Ball 2012 listen to Z100, New York’s Hit Music Station, or log on to www.Z100.com keyword: Jingle Ball.

Kid Cudi Says the Money, Cash, Hoes Rap Is ‘Holding Us Back as a culture’